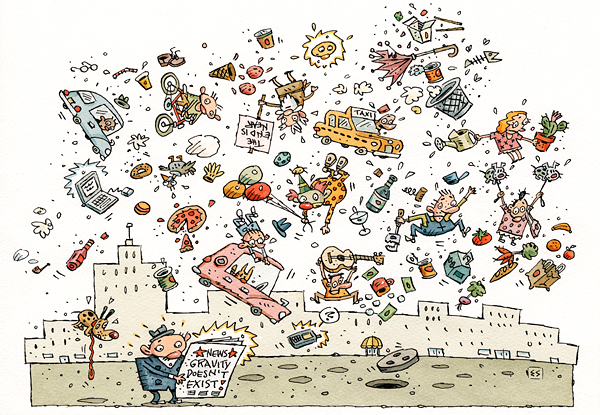 We will generalize the entropic gravity approach to include higher dimensions in this post. The keypoint from this theory of entropic gravity, according to Erik Verlinde, is that gravity does not exist as “fundamental” force and it is a derived concept. Entropy is the fundamental object somehow. And it can be generalized to a a d-dimensional world as follows.

The entropic force is defined as:

The entropic force is a force resulting from the tendency of a system to increase its entropy. Since

as it is related to the system in question.

at some distance R that has encoded on it gravitational information. Today, we will consider the situation in d spatial dimensions.Using the holographic principle, the screen owns all physical information contained within its volume in bits on the screen whose number N is given by:

By the equipartition principle:

The entropy shift due to some displacement is:

Plugging the expression for the temperature and the entropy into the entropic force equation, we get:

and thus we finally get