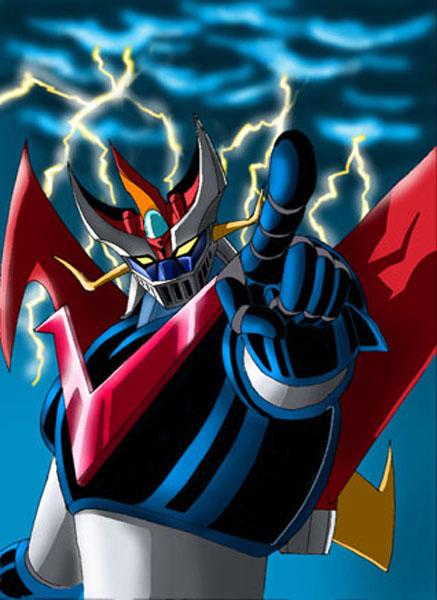 This log-entry is an exploration journey… To boldly go, where no zeta function has gone before…

The Riemann zeta function is an object related to prime numbers. In general, it is a function of complex variable defined by the next equation:

This function is indeed the Riemann zeta function with alternating plus/minus signs. In other words:

where the Möbius function

is defined as follows

A number is said to be square-free if it is not divisible by a number which is a perfect square (excepting the number one). An alternative definition of the Möbius function is given by:

is the number of different primes dividing the number

is the number of prime factors of

, counted with multiplicities. Clearly, the inequality

is satisfied. Moreover, note that

Indeed, we also have:

This result is important for the so-called Dirichlet generating series:

By the other hand, since

taking the ratio between these last two results, we obtain the beautiful equation

is defined similarly to the Möbius function. If

is a positive integer, it  is:

Using the sum of the geometric series, we get:

while if we use the Liouville function, we could write

There is other remarkable family of infinite products

counts the number of distinct prime factors of

is the number of square-free divisors. Furthermore,  if

is a Dirichlet character of conductor N, so that

is totally multiplicative and

is not coprime to N, then the following identity holds

Here it is convenient and common to omit the primes

It is the the generalization of Riemann zeta function given by the next sum:

Remark: the Mathematica code for this function is Zeta[s,Q].

The polygogarithm is the following generalization of Riemann zeta function:

There are colored versions of the polylogarithm:

The Lerch-zeta function is defined with the sum:

The Lerch trascendent is the function

Defined by Matsumoto in 2003, these zeta functions are:

This function is the sum

are numbers such that

and the sum is defined for all complex number s whenever

be the zeros of the Airy function

. Then, the Airy zeta function is the sum:

The arithmetic zeta function over some scheme

is defined to be the sum:

where the product is taken on every closed point of the scheme X.

The generalized Riemann hypothesis over the scheme

is the hypothesis that the zeros of such arithmetic function, i.e, the feynmanity

, and its poles are found in the next way:

inside the critical strip.

is the cardinality of the set

is an algebraic number field.

is the aboslute norm of I. When

we get the usual Riemann zeta function.

Then, the Dedekind zeta function is the sum

where we have defined

as the quadratic form

. A related concept is the Eisenstein (not confuse with Einstein, please)

and the sum is taken on every pari of coprime integers. Two integers A and B are said to be coprime (also spelled co-prime) or relatively prime if the only positive integer that evenly divides both of them is 1.

There is a relation with modular forms/automorphic forms as well. Let

is an integer, by the  series:

It is absolutely convergent to a holomorphic function of

. It is a remarkable and surprising fact that the Eisenstein series is a modular form. Indeed, the key property is its

then the next group property is satisfied

is therefore a modular form of weight

Remark:  it is important to assume that

otherwise it would be illegitimate to change the order of summation, and the

-invariance would not remain. In fact, there are no nontrivial modular forms of weight 2. Nevertheless, an analogue of the holomorphic Eisenstein series can be defined even for

although it would only be what mathematicians call a quasimodular form.

, i.e., it is taken over closed cycles

is equal to the length of the cycle p.

The Ihara formula is a key result in graph theory

is the circuit rank, i.e., it is the cyclomatic number of an undirected graph G or  the minimum number

of edges necessary to remove from  G  all its cycles, making it into a forest (graph without cycles, a fores is only a disjoint union of “trees”). Finally, if

is the Hashimoto’s edge adjacency operator, then

Given a map f, the Lefschetz zeta function is defined as the series

is the Lefschetz number of the n-th iterated

of the function f. To see what the Lefschetz number is, click here http://en.wikipedia.org/wiki/Lefschetz_number

A class of zeta functions defined by Matsumoto around 1990. They are functions

is a prime number and

and the eigenvalues of the Laplace-Beltrami operator are the set

, then the Minakshisundaram-Pleijel zeta function is defined as the following series (where we removed the zero eigenvalues from the sum and

The next function was defined by Fröberg, Cohen and Glaisher, with the only subtle point of being careful to consider

as a prime in the sum or not and the notation they used:

Note that such a function is a “prime” version of the Riemann zeta function:

instead of the Fröberg’s and Glaisher notation.

Remark (II): Interestingly, the prime zeta function has the following behaviour close to the axis

This equation and definition can be inverted (the original inversion procedure was carried by Glaisher around 1891, it is recalled by Fröberg about 1968, and it was studied later by Cohen, circa 2000):

Remark: the Mathematica code for the prime zeta function is PrimeZetaP[s] and Zeta[s] for the Riemann zeta function.

Remark (III): Fröberg (1968) stated that very little is known about the prime zeta function zeroes in the complex plane, i.e., the solutions to

. Unlike the Riemann zeroes, it seems that prime zeta function zeroes are not on a straight line, but there is no known pattern, if any.

Remark (IV): Despite the divergence of

, dropping the initial term and adding the Euler-Mascheroni constant

provides a new constant! It is called Mertens constant. That is,

is the n-th Lucas number.

Remark (VI): The prime zeta function has the next asymptotical behaviour close to

is certain function or map on a manifold M.

is the set of fixed points of the nth iterated function

of f, being such an iterated function a finite value.

is certain function on M with values or entries in

corresponds to the Artin-Mazur zeta function.

The Ruelle zeta function is the object defined with the series

This zeta function is related to a compact ( of finite volume) Riemannian manifold. Assuming that certain manifolf M has constant curvature

, it can be realized as a quotient of the Poincaré upper half plane

The Poincaré arc length is defined in this space as

. Indeed, it is not hard to prove that the geodesics (curves minimizing the Poincaré arc length) are half lines and semicircles in H orthogonal to the real axis. Calling these lines as geodesics creates a model of hyperbolic geometry, i.e., a non-euclidean model for geometry where the 5th Euclid postulate is not longer valid. In fact, there are infinitely many geodesics through a fixed point not meeting a given geodesic. The fundamental group

of M acts as a discrete group of transformations preserving distances between points. The favourite group between number theorists is called the modular group

matrices of determinant one and integer entries in the quotien space

. However, the Riemann surface

is noncompact, although it does have finite volume. Selberg introduced “prime numbers” in the compact surface

to be “primitive cycles” or more precisely “primitive closed geodesics” C in M. There, the word “primitive” means that you can only go around the curve once. Furthermore, the Selberg zeta function, for

large enough, is defined to be the sum

. By the Selberg trace formula (which we are not goint to discuss here today), there is a duality between the lengths of the primes and the spectrum of the Laplace operator on M. Here, the Laplacian on M is

Indeed, it shows that one can show that the Riemann hypothesis (suitably modified to fit the situation) can be proved for Selberg zeta functions of compact Riemann surfaces! The closed geodesics in

. That is, they are matrices

. Primitive closed geodesics correspond to hyperbolic elements that generate their own centralizer in

, certain lattice in the field K.

, the subgroup of maximal rank of the group of the totally positive units preserving the lattice structure.

Then, the Shimizu zeta function arises in the form

It is a generalized zeta series with the following formal definition

are inhomogeneous functions of

Let G be a semisimple Lie group. The Witten L-series or Witten zeta function is defined by

This sum is taken over the equivalence classes of irreducible representations R of G. Considering a root system

of rank equal to

, being all simple without loss of generality, the simple roots

allow us to define the Witten zeta function as a function of several variables:

Zeta function of an operator

The zeta function of any (pseudo)-differential operator

, or more generally any operator, can be defined as the following functional series:

and where the trace

is taken over the values s where such number exists (i.e., the zero modes are removed). In fact, the zeta function of an arbitrary operator,  that we can call the zetor, is the formal series:

It allow us to define the generalization of the determinant to

They are the formal series

is a Dirichlet character with conductor f, i.e.,

There, the generalized Bernoulli numbers are related to the L-series through the generating function above, and they satisfy the identity

The p-adic analogue of the zeta function is defined with the following equation:

Moreover, we also define the zeta function at the infinite real prime:

is the classical Riemann zeta function. This adelic identity is just a special case of the adelic-type identity: 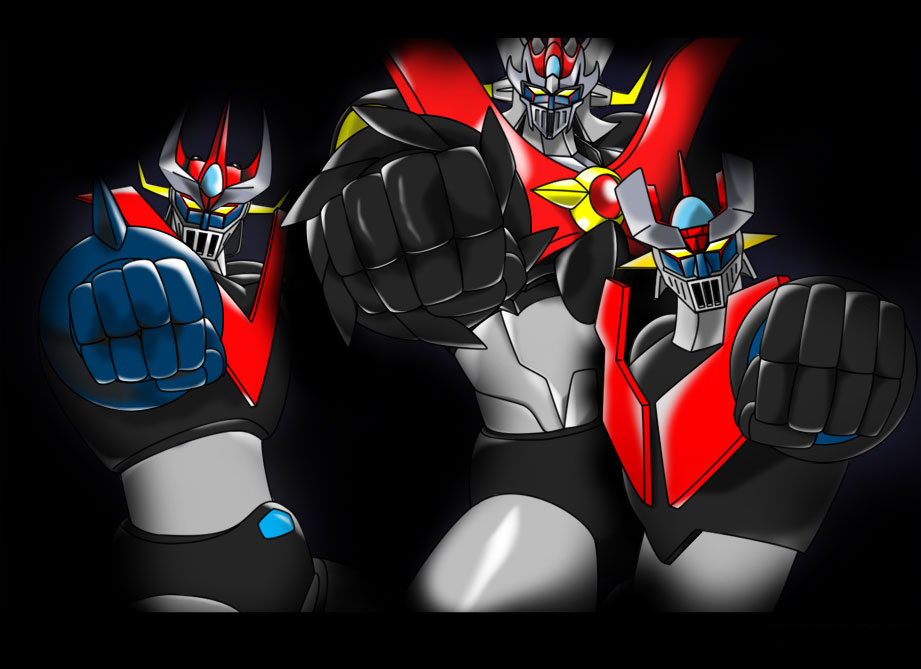