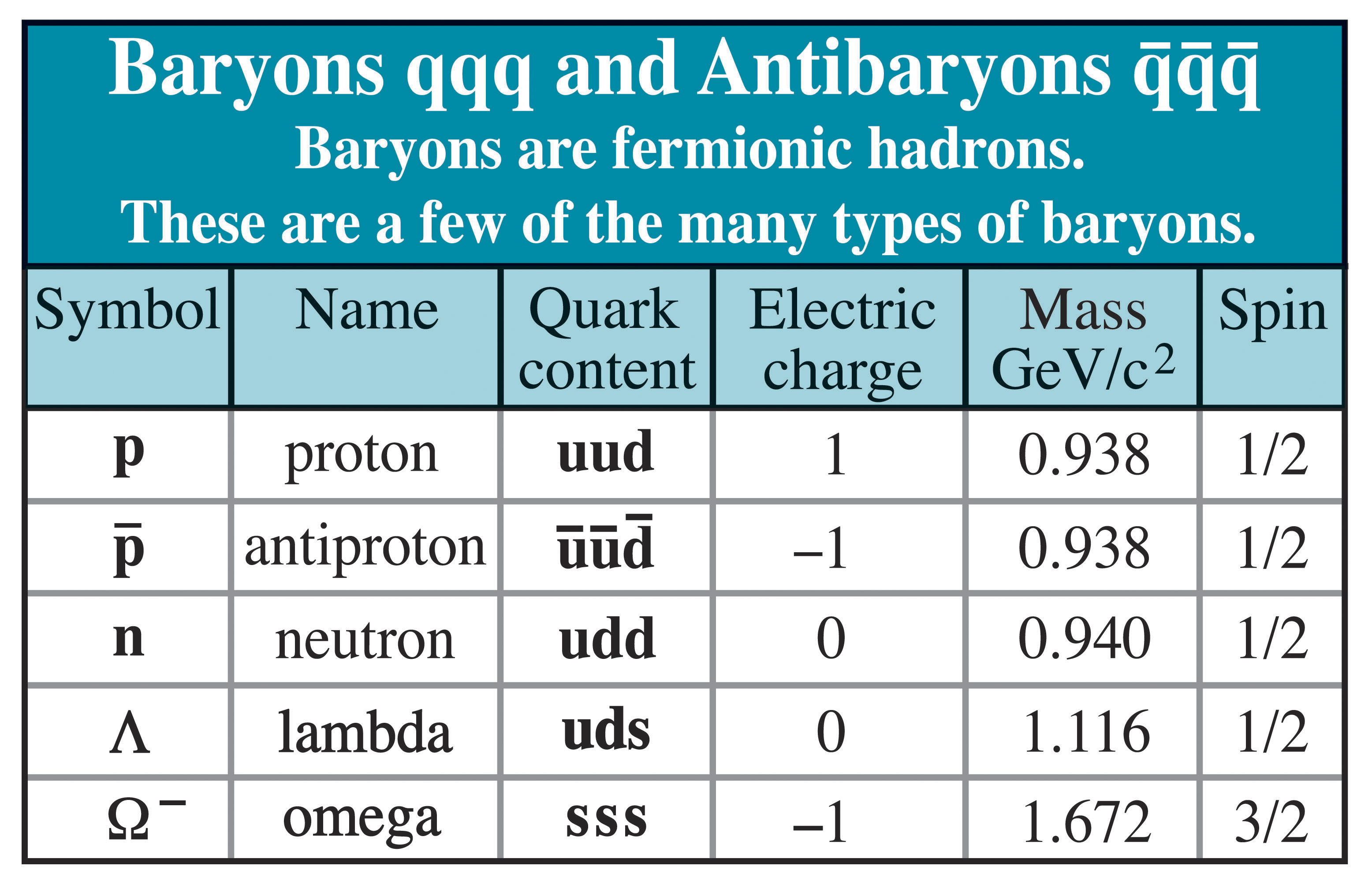 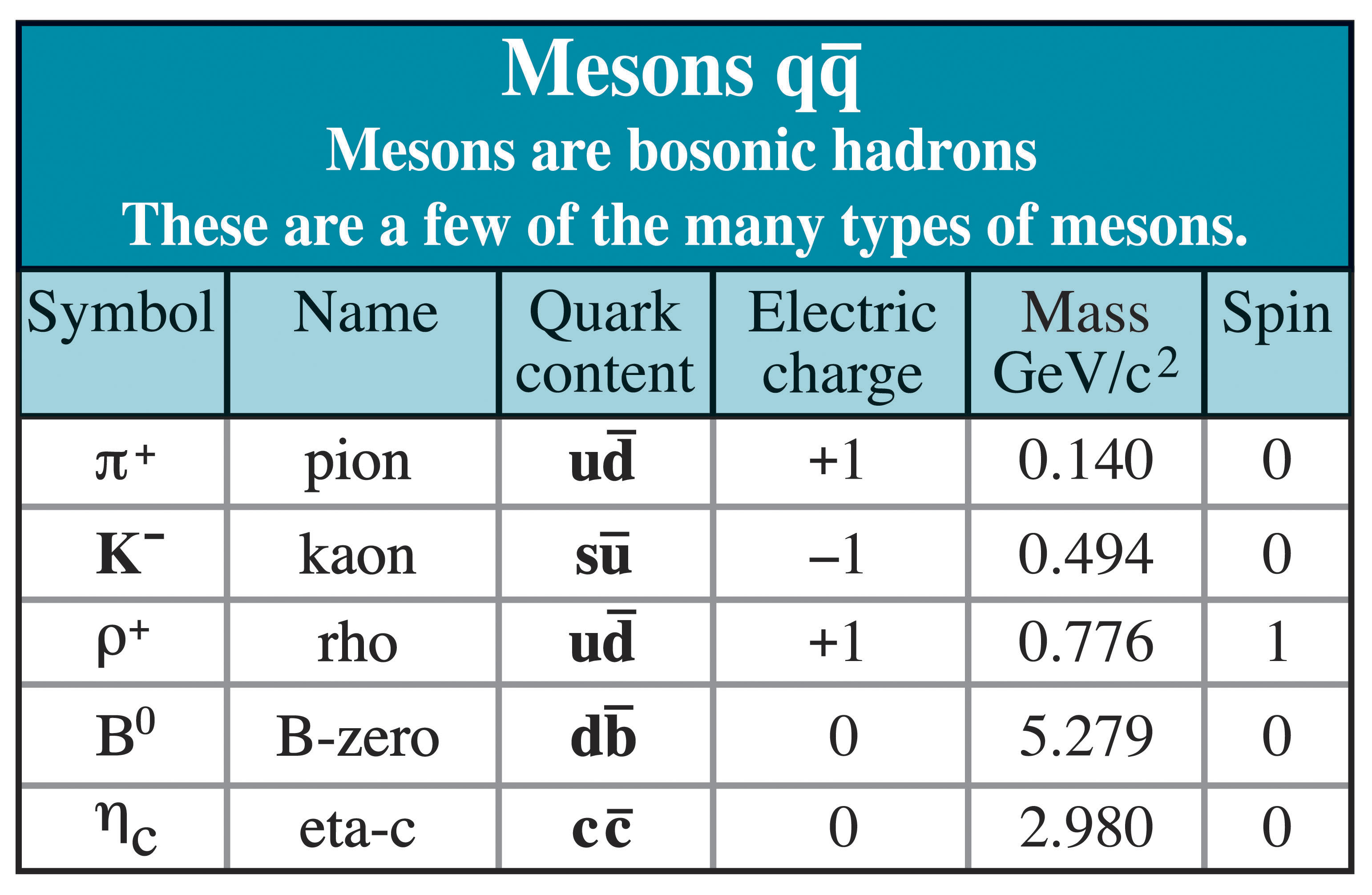 QCD or Quantum ChromoDynamics acts on quarks and hadrons (both baryons and mesons, “colored” particles). There are lots of baryons and mesons, and I have listed some of them in the two tables above as “an apetizer”. Please, remeber that color is just a name for a type of charge, it has nothing to do with the “ordinary” color you experience since the color you are familiarized from your daily routine has and electromagnetic origin! Don’t confuse these concepts ;)!

The QCD part or sector in the SM is given by the following lagrangian:

There, we have defined:

: it is the strong coupling constant. It is the QCD analogue of electric charge.

This is the field strength tensor for the gluon fields:

are the spacetime labels of the fields.

. They are the structure constants of the Lie algebra

( the Lie group is SU(3)). These constants are defined using the commutators:

are the SU(3) generators. Generally,

are matrices called Gell-Mann matrices, and they can be written as follows:

are the standard Pauli matrices of the SU(2) group, i.e.,

4th. The second term in the above lagrangian display contains the gauge covariant derivative for the quarks. That is,

Remark: The quarks (antiquarks) transform according to the triplet ( antitriplet) 3-dimensional representation of the group, generally denoted by

Some characteristics/features for the color interactions ( “forces”) can be easily derived from the above principles. The QCD strong nuclear interactions are:

1) Diagonal in the flavour indices, i.e., they (the strong/color interactions) do NOT change the nature of the quarks. In fact, the only known interactions that CAN change flavour are the weak/electroweak interactions mediated by the massive gauge bosons W and Z!

2) Able to change the quark colors.

Furthermore, the QCD interactions have some other striking features:

term in the lagrangian leads to 3-point and 4-point gluon self-interactions and their correspoding “vertices”. It is caused to the non-abelian nature of the SU(3) gauge group.

2) There are NO explicit/bare mass terms for the quarks in our “initial” QCD lagrangian. The quarks masses are to be generated later by the spontaneous symmetry breaking (SSB) procedure, and the hidden symmetry behind the Higgs mechanism.

3) There are additional effective ghost and gauge-fixing pieces in the QCD lagrangian. They do exist when we perform the quantization of both, the QCD and even the EW lagrangian!

4) There are a mysterious free parameter that could, at first sight, be included as an extra lagrangian piece. It is known as the theta term. However, this unwanted CP violating term is known to be close to zero. We don’t know why is such a tiny number. The experimental fact that QCD is CP conserving collides with the theoretical and currently unknown reason of why the theta term is very small or null. This is the strong CP problem, or the theta angle puzzle. The theta term is:

However, as we have said before, this term is zero or really tiny. If you know why, perhaps you should go to get the Nobel Prize.