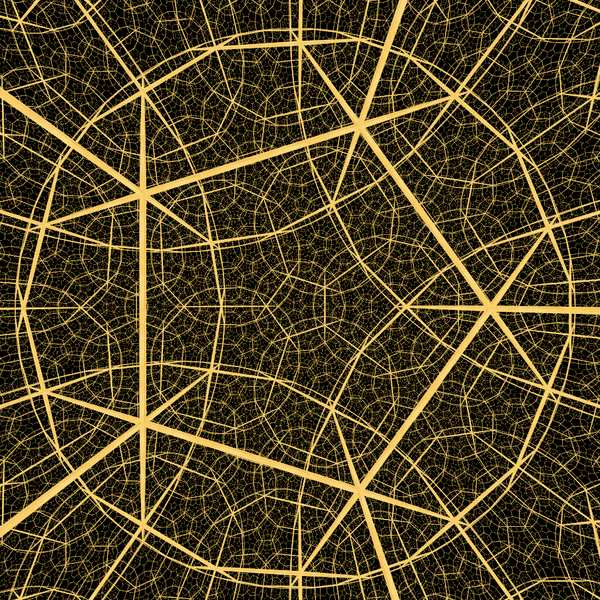 I am going to build a “minicourse” thread on Group Theory in this and the next blog posts. I am trying to keep the notes self-contained, since group theory is a powerful tool and common weapon in the hands of many theoretical physicists and mathematicians. I am not consider myself an expert, but I have learned a little bit about group theory from my books, the world wide web and with some notes I own from my Master degree and my career.

Let’s begin. First of all, I would wish to say you that the current axioms of the algebraic structure that mathematicians and physicists known as “group theory” formalize the essence of symmetry! What is symmetry? Well, it is a really good question. I am not going to be too advanced today, but I want to give you some historical and interesting remarks. Symmetry as a powerful tool for physicists likely gegun in the 19th century, with analytical mechanics (perhaps even before, but I am being subjective at this point) and the early works of the foundations of geometry by Riemann, Gauss, Clifford, and many others. Weyl realized in some point during the 20th century, and he launched the so-called Erlangen program, an ambitious and wonderful project based on the idea that geometry is based on the “invariants” objects that some set of transformations own. Therefore, the idea of the Erlangen program was to study “invariant objetcts” under “certain transformations” that we do name “symmetries” today. Symmetries form (in general) a group (although some generalizations can be allowed to this idea, like the so-called quantum groups and other algebraic structures) or some other structure with “beautiful” invariants. Of course, what is a beautiful invariant is on the eyes of the “being”, but mathematics is beautiful and cool. During the 20th century, Emmy Noether derived two wonderful theorems about the role of symmetry and conserved quantities and field equations that have arrived until today. Those theorems impressed Einstein himself to the point to write a famous letter trying to get Noether a position in the German academy ( women suffered discrimination during those times in the University, as everybody knows).

From the pure mathematical viewpoint, a group of symmetries/transformations are “closed” because if you take a symmetry of any object, and then you apply another symmetry, the result will still be a symmetry. This composition property is very important and simple. The identity itself keeps the object “fixed” and it is always a symmetry of the object. Existence of “inverse” transformations (that allow us to recover the original untransformed object) is guaranteed by undoing the symmetry and the associativity that generally comes with the group axioms comes from the fact that symmetries are functions on certain “space”, and composition of functions are associative (generally speaking, since we can invent non-associative stuff as well, but they don’t matter in the current discussion).

Why are groups important in Physics? Groups are important because they describe the symmetries of the physical laws! I mean, physical laws are “invariant” under some sets of transformations, and that sets of transformations are what we call the symmetries of physics. For instance, we use groups in Classical Physics ( rotations, translations, reflections,…), special relativity theory (Lorentz boosts, Poincarè transformations, rotations,…), General Relativity (diffeomorphism invariance/symmetry) and Quantum Mechanics/Field Theory (the standard model, containing electromagnetism, has gauge invariances from different “gauge” symmetries). We have studied secretly group theory in this blog, without details, when I explained special relativity or the Standard Model. There, the Lorentz group played an important role, an gauge transformations too.

Quantum Mechanics itself showed that matter is made of elementary systems such as electrons, positrons or protons that are “truly” identical, or just very similar, so that symmetry in their arrangement is “exact” or “approximate” to some extent as it is (indeed) in the macroscopic world. Systems or particles should be seen to be described by “functions” (or “fields” as physicists generally call those functions) of position in the space or the spacetime (in the case of relativistic symmetries). These particles are subject to the usual symmetry operations of rotation, reflection or even “charge conjugation” (in the case of charged particles), as well as other “symmetries” like the exchange of “identical particles” in systems composed by several particles. Elementary particles reflect symmetry in “internal spaces”, beyond the usual “spacetime” symmetries. These internal symmetries are very important in the case of gauge theories. In all these cases, symmetry IS expressed by certain types of operations/transformations/changes of the concerned systems, and Group Theory is the branch of Mathematics that had previously been mainly a curiosity withouth direct practical application, …Until the 20th century and the rise of the two theories that today rule the whole descriptions of the Universe: (general/special) relativity theory and Quantum Mechanics/Quantum Field Theory(QFT)/the Standard Model (SM).

Particle Physics mainly uses the part of Group Theory known as the theory of representations, in which matrices acting on the members of certain vector space are the central elements. It allows certain members of the space to be created that are symmetrical, and which can be classified by their symmetries and “certain numbers” (according to the so-called Wigner’s theory). We do know that every observed spectroscopic state of composed particles (such as hadrons, atomic nuclei, atoms or molecules) correspond to such symmetrical functions and representations (as far as we know, Dark Matter and Dark Energy don’t seem to fit in it, yet), and they can be classified accordingly. Among other things, it provides the celebrated “selection rules” that specify which reactions or state transitions are boserved, and which not. I would like to add that there is a common “loophole” to this fact: the existence of some “superselection rules” in Quantum Mechanics/QFT are not explained in a clear way as far as I know.

There are two main classes of groups if we classify them by number of “elements”/”constituents”. Finite groups and infinite groups. Finite groups has a finite number of “members” and they are useful in crystal/solid state physics, molecular spectra, and identical particles systems. They are nice examples of the power and broad applications of group theory. Infinite groups, groups having “infinite” number of elements, are important in gauge theories and gravity (general relativity or its generalizations). An important class of infinite groups are Lie groups, named after the mathematician Sophus Lie. Lie groups are important in the study of differential equations and manifolds since they describe the symmetries of continuous geometries and analytical structures. Lie groups are also a vital ingredient of gauge theories in particle physics. Lie groups naturally appear in quantum mechanics and elementary particle physics (the SM) because their representations share many of the symmetries of those natural systems. Lie groups are very similar to finite groups in many aspects.

By the other hand, angular momentum is a very well known and studied in depth example in classical mechanics or quantum physics about the importance of “symmetry”. Symmetry transformations and general momentum theory is in fact “almost” group theory in action. Orbital angular momentum faces with irreducible representations of the rotation group. For instance, in 3 space dimensions we have the group

, and the rules for combining them appear “naturally”. In classical mechanics group theory appear through the role of Galileo group and/or the Euler angles for the rigid solid. General angular momentum theory is, in fact, the study of the representation theory of the “Lie algebra”

, the algebraic elementary structure behind the

groups. Lie algebras express the structure of certain continuous group in a very powerful framework, and it is very easy to use. In fact, we can use matrices to deal with group representations or not, according to our needs.

While the spacetime symmetries in teh Poincaré group are particularly important, there are also other classes of symmetries that we call internal symmetries. For instance, we have

, the color group of QCD, or

, the gauge group of the electroweak interactions. An exact symmetry corresponds to the continuous “interchange” of the 3 quark color “numbers”. However, despite the fact that the Poincaré group or the color group are believed to be “exact” symmetries, other symmetries are only approximate in the following sense: flavor symmetry, for instance, is an

gropup symmetry corresponding to varying the quark “flavor”. There are 6 quark flavours: up (u), down (d), charm (c), strange (s), botton (b) and top (t). This particular “flavor symmetry” is an approximate symmetry since it is “violated” by quark mass differences and the electroweak interactions. In fact, we do observe experimentally that hadron particles can be neatly divided into gropups that form irreducible representations of the Lie algebra

, as first noted by the Nobel Prize Murray Gell-Mann in his “eightfold way” approach, the origin of the modern quark theory.

In summary, we have to remember the main ideas of Group Theory in Physics:

2) Group Theory relates geometry with “invariant objects”. And mathematicians have classified and studied the most important and used groups under “minimal assumptions”. That is cool, since we, physicists, have only to use them.

3) Group Theory is very important in several parts of Physics, and specifically, in particle physics and relativity theory.

6) Symmetries in physics can be “exact” (as it is the case of the Lorentz/Poincaré group) or “approximate” like the SU(3) flavor symmetry (and some others like Parity, Charge conjugation or Time Reversal).

8) Noether’s theorems relate symmetries with invariance transformations, mathematical identities and conservation laws/field equations. To be more precise, Noether’s theorem (I) relates continuous symmetries with a finite number of generators and conservation laws. Noether’s theorem (II) relates gauge symmetries with an “infinite number” of generators with “certain class of mathematical identities” in the equations of motion for either particles or fields. This deep relationship can be done at the level of lagrangian (or action) and to the level of the hamiltonian, where unitary (QM) symmetries even impose stronger conditions on symmetry operators: any symmetry (QM) action is a transformation commuting with the hamiltonian. Accepting a unitary evolution law, symmetry operations are restricted to unitary or antiunitary operators. This setting includes non-only continuous symmetries, also C, P, and T discrete symmetries.

9) Representation theory is a part of group theory that can explain the spectroscopy of fundamental objects (atoms, molecules, nuclei, hadrons or elementary particles). It provides some general spectral properties plus some “selection rules”.

See you in the next Group Theory blog post.