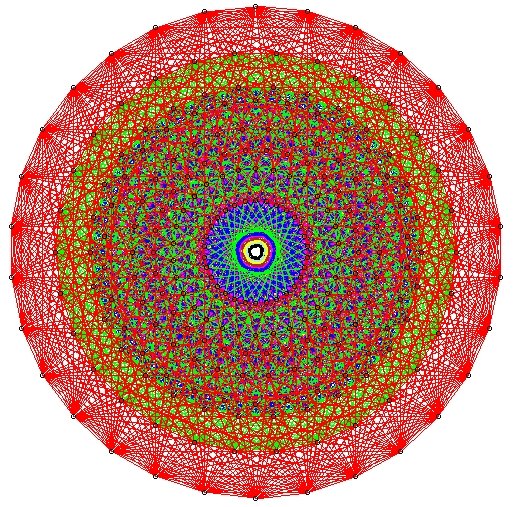 Representation theory is the part of Group Theory which is used in the main applications. Matrices acting on the members of a vector space are assigned to every element of a group. The connections between particle physics and representation theory is “natural”. It was noted by Eugene Wigner firstly, and  the properties of elementary particles and the representation theory are due to some special groups,  the so-called Lie groups and Lie algebras. The deep connection between Lie groups and Lie algebras with particle physics is observed in the different quantum states of an elementary particle, as a consequence of the irreducible representations of the Poincaré group. We are going to study this a little bit.

. That is, a linear representation of a group is a group homomorphism onto the general linear group due to the elements of the group. Informally speaking, it is a rule that assigns to every group element a square matrix.

Here V is certain vector space, sometimes called “the space of the representation”, and

is the “general linear group” of non-singular matrices defined over V.

are said to be equivalent representations of G, if there exists some matrix

, an isomorphism, such as

Definition (31). Character. The character of an element

Of course, the character is related to the trace of the matrix, so in the case of infinite groups we have to be more careful and precise with the definition of “trace”. But this point is not relevant or important in the present discussion. Clearly, the character could be interpreted as an homomorphism between the group and the group of real (complex) numbers.

are two equivalent representations of G, then their characters are the same

Remark (I): The space a representation IS the vectorial space V where the matrices (belonging to the general linear group) act.

Remark (III): Do you know some examples of group representations we have seen in fact already? Remember that the trace of a matrix verifies that

and so on. This is the cyclic property of the trace.

, we can build other representations from them in at least two simple ways:

Definition (33) . Direct sum representation. The direct sum is defined over the space

. The dimension of the direct sum:

where in block for we have

of G, we can build the tensorial product representation

as a tensor product of matrices.

The dimension of the tensor product representation is equal to:

Question: Do you know the basic properties of tensorial products in vector spaces? Review their properties and work out some examples yourself.

Definition (35). Invariant subspace of a representation

is a susbspace (or even the whole space itself) such as

We distinguish two types of representations according to the existence or not of non-trivial invariant subspaces with respect to them:

2nd. Reducible representations. In this case, V contains some invariant subspaces different to itself.

, such that there exists another

Some properties of group representations are interesting:

3) Every reducible representation of a finite group is fully reducible.

In summary: a finite group has always an unitary representation and if if is reducible, it is fully reducible.