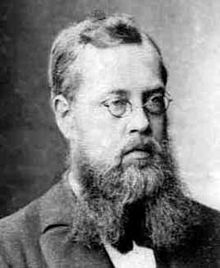 is a group where the order/number of elements

is not finite. We distinguish two main types of groups (but there are more classes out there…):

1) Discrete groups: their elements are a numerable set. Invariance under a discrete group provides multiplicative conservation laws. Elements are symbolized as

for a discrete group.

2) Continuous groups: their elements are not numerable, since they depend “continuously” on a finite number of parameters (real, complex,…):

2) Invariance under an infinite dimensional continuous group (parametrized by some set of “functions”) provides some relationships between field equations called “dependencies” or “noether identities” in modern language.

be a continuous group and two elements

Theorem (Lie). Every continuous group is a Lie Group. It means that whenever you have a group where the composition rule is given, as the inverse element, then the group elements are differentiable functions (analytic in the complex case) on its arguments.

Some examples of Lie groups (some of them we have already quoted in this thread):

or the hermitian complex space

with ordinary vector addition form (in any of that two cases) a n-dimensional noncompact abelian Lie group.

or the complex analogue

of square matrices with determinant equal to one.

over the real numbers,

matrices with real entries is a

is the subgroup of the orthogonal group whose matrices have determinant equal to one.

. Its dimension is equal to

over the complex numbers. SU(n) is the

dimensional subgroup formed by unitary matrices with determinant equal to one.

8) The group of upper triangular matrices

is a group with dimension

. The dimensions of the gauge groups in the Standard Model is in direct correspondence with the numbers of gauge bosons: 1 massless photon, 3 vector bosons for the electroweak interactions, and 8 gluons for the quantum chromodynamics (QCD).

The continuous group made of matrices (finite and infinite matrices/operators) play an important role in Physics. Moreover, as Lie groups depend continuously on their arguments AND their dependence is generally differentiable, it makes sense to take derivatives in the group elements. In fact, this fact allow us to define the idea of group generator.

is a continuous (therefore differentiable; remember that continuity implies differentiability but the converse is not necessarily true), then we define the generators of the group

in the following (hermitian) way:

Theorem (Lie). Let us choose some

one-parameter continuous group and K its generator. Then, the following facts hold:

i) K fully determines the group

ii) Group elements are obtained using “exponentiation” of generators. That is,

The “proof” involves a group parametrization and an expansion as a series. We have

. The general solution of this equation is the exponential:

obtained by exponentiation. That is:

Check (Easy simplified proof): Using the previous result, we have to fix only all the parameters

. Then, a simple “empatic mimicry” of the previous one dimensional provides:

and finally, iterating the process N-times we get

The generators of any Lie group satisfy some algebraic and important relations. In the case of dealing with matrix or operator groups, the generators are matrices or operator theirselves. These mathematical relations can be written in terms of (ordinary) algebraic commutators. There is a very important theorem about this fact:

without distinction of lower and upper “labels”.

There the commutator of two matrices/operators is defined to be

1) Antisymmetric with respect to the first two indices (or the paired ones,

2) Characteristic of the group but they do change, in a particular way, if we form linear combinations of the Lie group generators.

There is a nice formula called Baker-Campbell-Hausdorff identity that relates group exponentials and group commutators. It is specially important in the theory of Lie groups and Lie algebras:

The Baker-Campbell-Hausdorff (BCH) formula. For any matrix/operator A,B, under certain very general conditions, we have:

In the case that the matrices A and B do commute, then we recover the usual ordinary exponentiation of “elements”:

A beautiful and simple application of the BCH formula is the next feature which allows us to write ANY member of a Lie group as the exponential of a sum of the Lie group generators. Let us write the group elements, firstly, as

and let us write the group generators as

are related to the

parameters in a simple continuous way

The specific form of this realtion can be expanded and computed/calculated term by term using the BCH formula, as given before.

See you in the next blog post of this group theory thread!