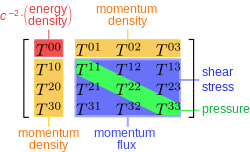 In the next group theory threads we are going to study the relationship between Special Relativity, electromagnetic fields and the complex group

There is a close interdependence of the following three concepts:

can be in fact combined into a complex six dimensional (6D) vector, sometimes called SIXTOR or Riemann-Silberstein vector:

and where the numerical prefactor is conventional ( you can give up for almost every practical purposes).

and where we have used natural units

B) Comparing both sides in A), we easily get

We can take the divergence of the time derivative of the sixtor:

with the aid of the 3D Levi-Civita tensor

, the completely antisymmetric tensor with 3 indices such that

we can write these matrices as follows:

We can define matrices

. Experts in Clifford/geometric algebras will note that these matrices are in fact “Dirac matrices”

In fact, you can admire the remarkable similarity between the sixtor equation AND the Dirac equation as follows:

In summary: the sixtor equation is a Dirac-like equation (but of course the electromagnetic field is not a fermion!).

and the 4 components of a “density-like” quantity

Then, we can recover the classical result that says that the energy density and the Poynting vector of the electromagnetic field is

photon, because you can observe that in the former case you HAVE:

in the latter (the electromagnetic field has not mass term!). In fact, you also have that for a Dirac field the current is defined to be:

and it transforms like a VECTOR field under Lorentz transformations, while the previous current

are the components of some stress-energy-momentum

Remark: Belinfante coined the term “undor” when dealing with fields transforming according to some specific representations of the Lorentz group.