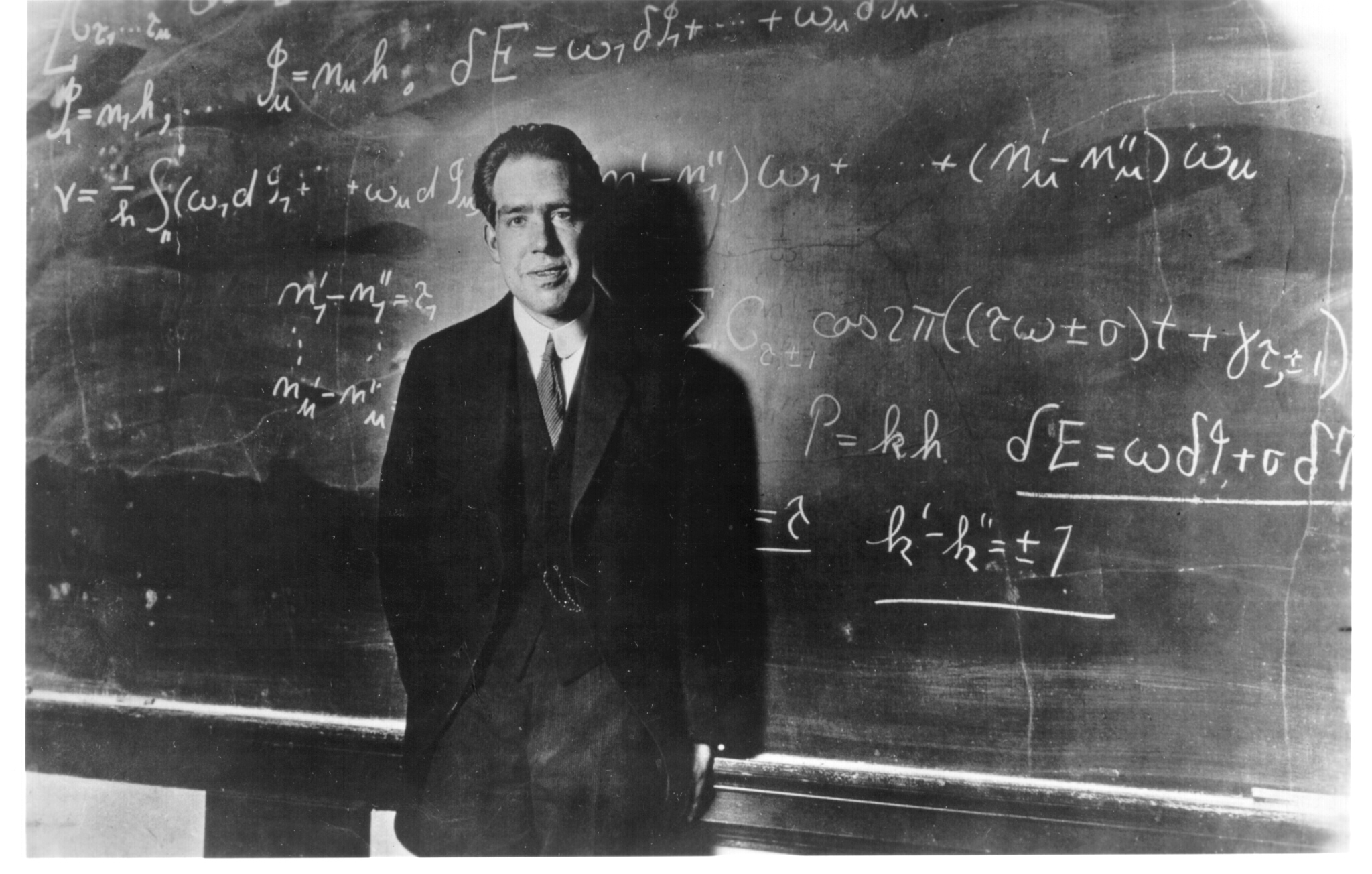 The Bohr model of the hydrogen atom is a cool and nice “toy model”. It serves as a prototype in many applications, even if it is not fully “quantum”. It does provide many applications. In this post, and the followings, we will elaborate some of the most unknown uses of this “atomic” model.

Firstly, take the free non-relativistic hamiltonian (energy) for a point particle and add it a potential energy term U(R):

In order to apply the Bohr model and its quantization conditions in the (almost) most general condition, choose a homogeneous arbitrary potential energy

Homogeneity of the potential energy means, mathematically, that

The given “UR” potential energy comes from a central force:

Now, we will study the problem of circular orbits and their quantization rule from the Bohr postulates:

i) Angular momentum (or phase space) is quantized:

ii) The centripetal force matches the central force providing the given

Using the conditions, we get

Therefore, the radii of the circular orbits are quantized (space quantization!) as follows

Momentum is related to radius via

Now, we can calculate the energies (note that we could also use the virial theorem for the homogeneous potential energy, but since it is a theorem not usually known by some kind of readers, I will use the brute force approach):

Inserting the values of the quantized radii and momenta into the energy formula (hamiltonian), we obtain, after some algebra,

Velocities and accelerations are also quantized in this model, and it is something that sometimes is not remarked:

Due to the fact that accelerations are quantized, forces and angular frequencies are also quantized. The quantized forces read

The angular frequencies are related to the energies through a pure number:

Finally, the periods are also (generally) quantized. Firstly, we will derive the generalized Kepler law for our homogenous potential and central power law for the the force, in the classical sense. Circular orbits satisfy

In the case of an inverse dth-force law (as those related to theories with extra dimensions), we identify

so the previous generalized Kepler third law is rewritten

, correspond to the usual newtonian case. Now, we proceed with the quantization procedure. It yields

in order to provide positive periods. Indeed, there is subtle point here, since

and repulsive force if

Example 1. The harmonic oscillator. We have D=2, and

. Please, note that generally the normalization constant is not k but

for the potential energy in the harmonic oscillator (D=2). Therefore, we can compute all the above quantities (radius, velocity, momentum, acceleration, force,…) plugging D=2 in the formulae, to provide

. Curiously, the periods (or the time) are nor quantized for the harmonic oscillator, the period is “constant” somehow but you can consider multiples of it even then it is constant (not quantized) itself from the above.

is the Coulomb constant and

is the absolute value of the electric charge of a single electron/proton. We define

as the fine structure constant, the Bohr radius

as the reduced Compton wavelength of the electron. Thus, we get the quantities

A variation of the hydrogen atom is the so-called “gravitational atom”, where

if the 2 orbiting masses are identical.