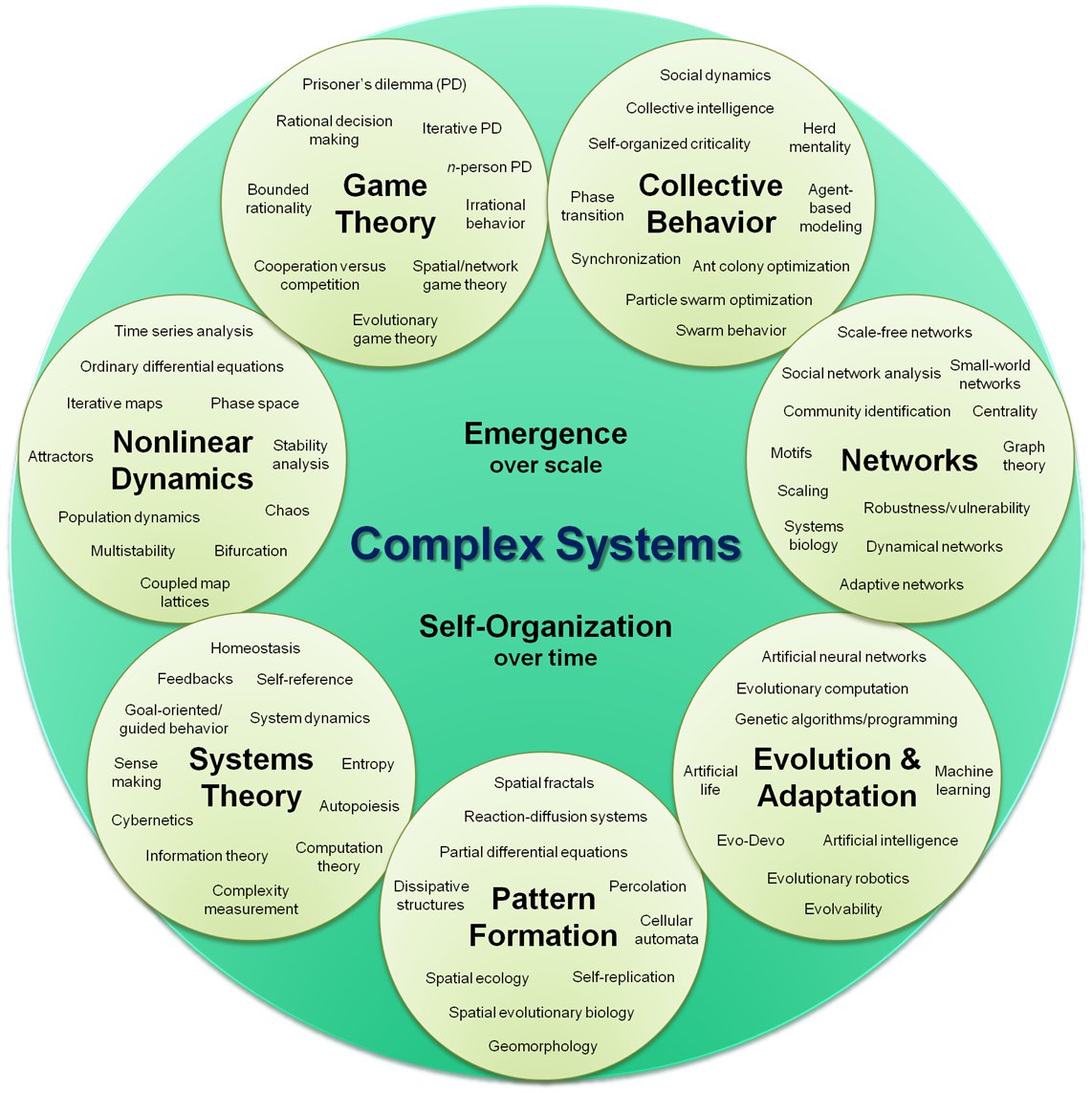 This post is the first of three dedicated to some of my followers. Those readers from Mexico (a nice country, despite the issues and particularities it has, as the one I live in…), ;).

Why? Well, …Firstly, they have proved to be unbiased followers of this blog. And I am in debt to them. Secondly,  I will review and explain her some concepts and ideas I am interested in…That is one of the goals of my blog TSOR. Don’t forget, it is all about ideas, information, knowledge and, of course, my own particular obsessions. Physchematics, Physmatics, Physics, Chemistry, Mathematics!!!!!

What is superstatistics about? Well, the super in this case has nothing to do, at least in the current state-of-art of this subject, to supersymmetry and supergravity. Superstatistics is a portmanteau meaning “superposition of statistics”. It was introduced by Beck and Cohen with the aim of describing nonequilibrim systems with a long-term stationary state, such as it posses some kind of fluctuating intensive quantity. Indeed, they showed that “averaged” superstatistics over those fluctuations allows us to recover non-extensive statistics and classical statistics as well, but, as any other generalization, it includes something else. It includes an infinite set of more general statistics they called superstatistics. In their original work, Beck and Cohen selected as fluctuating quantity the thermodynamical temperature among other possible intensive quantities (e.g., the chemical potential or the energy dissipation). For a general distribution

of “fluctuating temperature”, we can get an effective Boltzmann factor

There, E is the energy of some microstate associated with the cell. You can easily check that choosing

, you will recover the classical Boltzmann factor. For non-extensive statistical mechanics, the distribution function

must be a Gamma or

distribution, depending on the inverse temperature

and the non-extensive parameter q. There are some distributions

that don’t provide a “closed form” B(E), since the integral is not analytically solvable. For those cases, the Boltzmann factor B(E) must be calculated numerically.

Classical gravity and semiclassical gravitational theory are well known theories. From the classical Einstein field equations, passing through the pioneer works of Hawking and Bekenstein about the thermodynamics of black holes, we approach the edge of known theories. We do know that quantum gravity is out there, and we miss some pieces from the whole puzzle. The analogy of thermodynamics AND black hole mechanics has been shown to be robust and it was even more deeper and mysterious with the seminal work of Hawking about quantum Hawking radiation by black holes. In fact, in the end of the 20th century, Jacobson was able to derive the Einstein Field Equations from the proportionality of entropy and the black hole horizon area, together with the thermodynamical equation

. Padmanabhan has gone further, showing how the variation of the usually “neglected” boundary term in the gravitational theory provides the black hole entropy. He has proved that this rule can be extended to certain (higher derivative) extensions of classical gravity (the so called Lanczos-Lovelock theories). From this picture, the Einstein Field Equations (EFE) are just equations of state. However, Jacobson procedure assumes local equilibrium (quasistatic processes), in such a way that

is some bulk viscosity entropy production term that is determined by imposing energy-momentum conservation. In fact, as the paper by Obregon quotes, General Relativity can still be derived in this context, and the internal entropy production term is related to the tidal heating term of Hartle-Hawking, and the entropy density can be made proportional to the Ricci scalar. The price to be paid is the breakdown of local therymodynamical equilibrium and the emerging theory is a f(R) gravitational theory! Did you know f(R) are “in the mood of theoretical physicists and cosmologists right now?

Spacetime atoms are controversial entities of quantum gravity. Taking into account the analogy between black hole thermodynamics and spacetime theories with classical thermodynamics and quantum solid state theory, we suspect the existence of those “quanta of space and time” objects. Elasticity and other common macroscopic features are just derived from the fundamental quantum theory of matter. The bridge is the thermodynamical/statistical mechanics description. Going from matter to spacetime, at the classical level we do know the spacetime is described by a metric tensor (a two index object). We also know the equations goberning the metric tensor, the EFE. At the microscopical level, we know much less…We expect a quantum description of spacetime in terms of “atoms of spacetime”(or atoms of space and time, separately). However, we do know that we are loosing some key degrees of freedom. In fact, that is likely (but some people think otherwise) one of the origins of the black hole information paradox. We do not know what are the fundalmental gravitational states of the QUANTUM ( not classical) gravitational field. However, Boltzmann guides us yet:  heat (or more precisely thermodynamical temperature) is “motion” (atomic or molecular motion). The solid state theory can not be understood without the knowledge of the atomic/molecular nature of matter. Solids would not been “heatable” if they had not internal microstructure. Motto: if you can heat it (it has temperature), then it has microstructure!

Surprisingly, black hole horizons have a temperature. Horizons would have not any thermal behaviour if spacetime were structureless. And here is where superstatistics enter in the mentioned paper. Superstatistics is a way to generate different entropies and their corresponding statistics. For instante, non-extensive statistics and beyond. Despite the fact we do NOT know yet what are the microstates of the gravitational field since we don’t understand what a spacetime atom is, the paper hints a possible treatment beyond classical thermodynamics. It explores what would happen if spacetime were described by something like a superstatistics! Moreover, it asks and answers the question: what kind of MODIFIED Newton’s law of gravity will we obtain if we departure from generalized entropies or superstatistics? It also tries to answer the question of how gravity would look like with that generalized statistics. It begins assuming a gamma distribution for

in the following way:

Integrating over the inverse temperature (fluctuating!It changes…) we get the generalized Boltzmann factor

We make a Taylor expansion of that factor in power series

Now, we can fix the probability as

and it yields the known expressions for non-extensive statistical mechanics. Indeed, the gamma function, the log-normal and the F-distributions, depending on

, provide the smae second term in the above expansion in the 3 cases (but they differ in higher order terms!).

The paper continues explaining how we can derive the entropy functional for superstatistics! Following its calculations, we get

is the number of microstates, and it is related to the probabilities

through the equation (normalization condition)

Remark: The first term in the series correspond to the classical Boltzmann factor.

results in a function of the product

can not be written explicitly as a fucntion of this product but as an implicit function. It has, however, the usual asymptotic behaviour

Remark (III): In the case of non-extensive statistical mechanics, such as Tsallis statistics and others, a more elaborated expression relates

. In fact, it does not coincide with the corresponding

to get the standard theory of gravity

up to a sign and possible quantum corrections. If spacetime is described by some kind of ensemble featured by superstatistics, taking into account that Verlinde states that nonrelativistic gravity is a force caused by the entropy gradient (similarly to polymers in a heat bath), we could vary the deductions of the whole thing and find new corrections. Remember that Verlinde’s idea and claim is that any surface is identified somehow with the relativistic rest mass of the source

, and that the whole energy is equipartitioned among N bytes,

. The bytes are proportional to the surface area

To study the effect of this on classical non-relativistic gravity `a la Verlinde’, we write it in terms of Boltzmann entropy

where the entropies have been redefined and the factor 1/k has been erased for convenience. In standard General Relativity, we identify

for non-rotating Schwarzschild-like black holes, and

is the black hole horizon area,

is the Planck length. We note that for large entropies

) and its equipartitioned entropy S above, we get

, the entropic corrections due to superstatistics and its equipartitioned entropy read

The nature and power-like correction terms are different from those coming in other formalisms of entropic gravity (such as extra dimensions, loop quantum gravity,  ungravity, …), where the terms that modify Newont’s gravity are generally proportional to the INVERSE powers of R and they are relevant for radius close to the Planck scale. Here, we obtain the contrary case. Corrections to the Newton’s gravity law by superstatics are important at scales LARGER (not closer) to the Planck scale but they are also important at Planck scale. This result is amazing and surprising. That Newton’s gravitational law do change is changed not only at scales closer to the Planck scale but also to LARGER scalers is a notable result. Specially in the terms of MOND/MOG theories and their competitor theory: dark matter! As the paper clearly states. This result has NOTHING to do with the quantization of gravity, but the type of emerging/entropic gravity theory we do get if spacetime is a NONEQUILIBRIUM system with a long-term stationary state that owns a spatio-temporal fluctuating quantiy (inverse temperature) and that averaging a superstatistics we get a different entropic functional than that of Boltzmann statistics. Remarkably, the generalized entropy has a differential

To find a simple field model providing these relationships is an open problem. And its generalized relativistic gravitational model, even as the paper says, is yet to be found and its corresponding equations to be unveiled. That is, we don’t know what kind of gravitational theory would provide the same type of corrections that this superstatistics approach via the Verlinde entropic method. In fact, the entropy-area corrections to black holes dominated by superstatistics, as we have seen, are different to those generally seen in extra dimensions, loop quantum gravity or even in the Wheeler-deWitt minisuperspace approach of quantum cosmology. I urge you to read the paper and the references therein.

What do you think? Do you like the superstatistics idea or not?