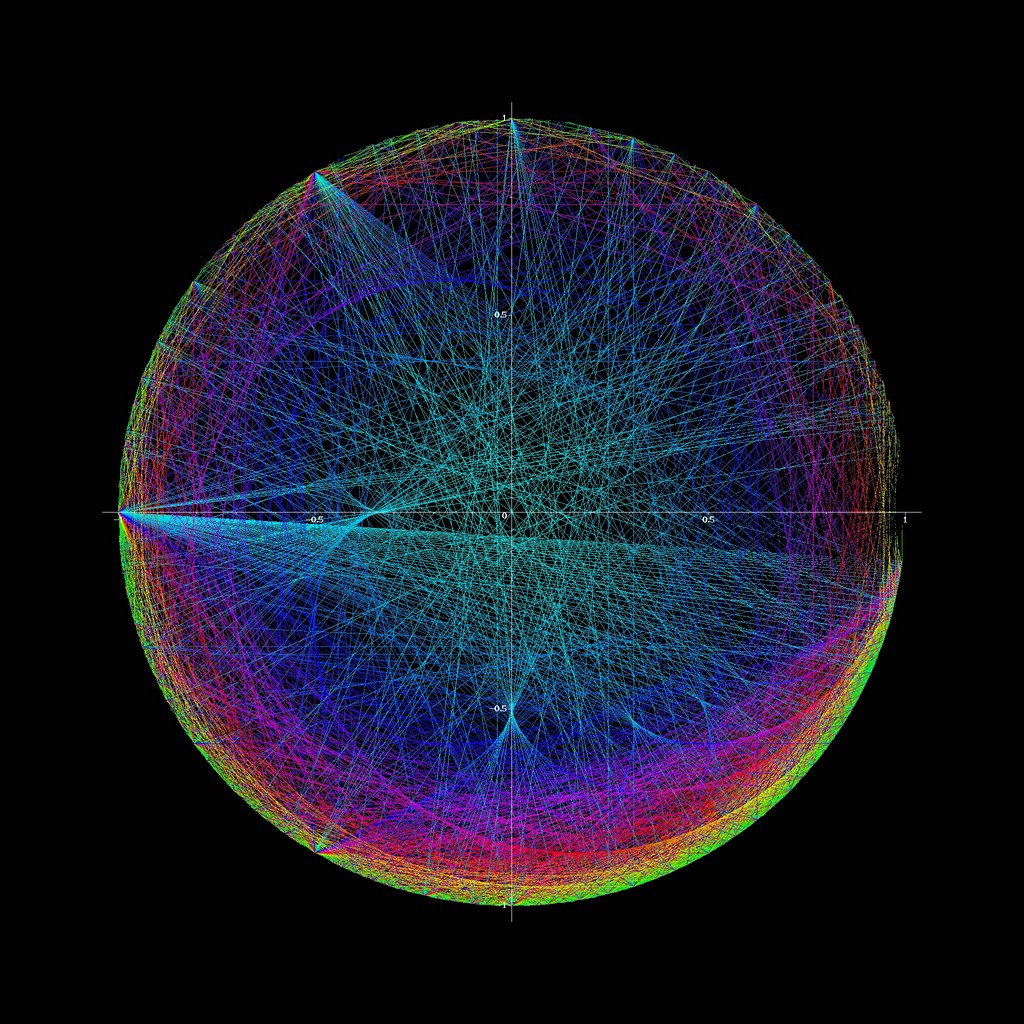 with the logarithm integral in number theory, which is

. In fact, notation can be confusing sometimes since the european

is sometimes written as

The polylogarithm (or polylog, for short) is sometimes written as

so…Be aware with notations and the meaning of the symbols! The polylog is related with the Lerch trascendent in the following way

The polylog is a wonderful function. It is ubiquitous in Physics, Chemistry and Mathematics…For instance, it arises in:

1st. Feynman diagram integrals, renormalization, and, in particular, in the calculation of the QED (Quantum Electrodynamics) corrections to the electron gyromagnetic ratio, supegravity amplitudes and other quantum scattering problems.

2nd. Quantum statistics. The Fermi-Dirac and the Bose-Einstein statistics can be written in terms of polylogarithms.

3rd. Vacuum effects in strong fields and quantum gravity. Non-perturbative effects in QFT (Schwinger effect, instanton effects and others) can be handled with these incredible functions.

Let us analyze the case of quantum statistics a little. The Fermi-Dirac statistics/distribution can be written as follows

The Bose-Einstein statistics/distribution can be written as follows

The polylog can  be easily related to the Riemann zeta function

In fact, “colored” polylogs do exist. We will write on them later…

does appear in the 3rd order correction to the gyromagnetic ratio of the electron in QED.

Polylogs have some really cool and interesting properties and values. Firstly, the polylog is itself a polylog when it is derived (so it has a striking similarity with the classical exponential function):

This self-similarity is certainly suggestive for certain equations of mathematical physics. Moreover, some surprising identities of the polylogarith are like this one (Bayley et al. proved it):

No algorithm is known yet for integration of polylogarithms of functions in closed form. By the other hand, polylogs can be also defined for negative values of “s” and integer numbers, i.e., for all

In fact, we have

is an eulerian number.

Polylogs also arise in the theory of generalized harmonic numbers

. There are some special polylogs with special (perhaps subjective) beauty

Note that these are rational functions! We also have

Some interesting known values of the polylog

No higher formulas are known for

Euler’s dilogarithm is defined to be

It satisfies many functional identities and the dilogarithm values are interesting theirselves in many calculations. The trilogarithm or trilog can also be written to be

and the beautiful result

and thus we obtain another wonderful result

The multidimensional polylog is defined as

Furthermore, the colored polylog is

The Nielsen generalized polylogarithm is

and thus, the k-th order prime zeta function should be written as

Moreover, the prime zeta function of infinite order should be

-power of the Riemann zeta function is

We could call it the omega zeta function.