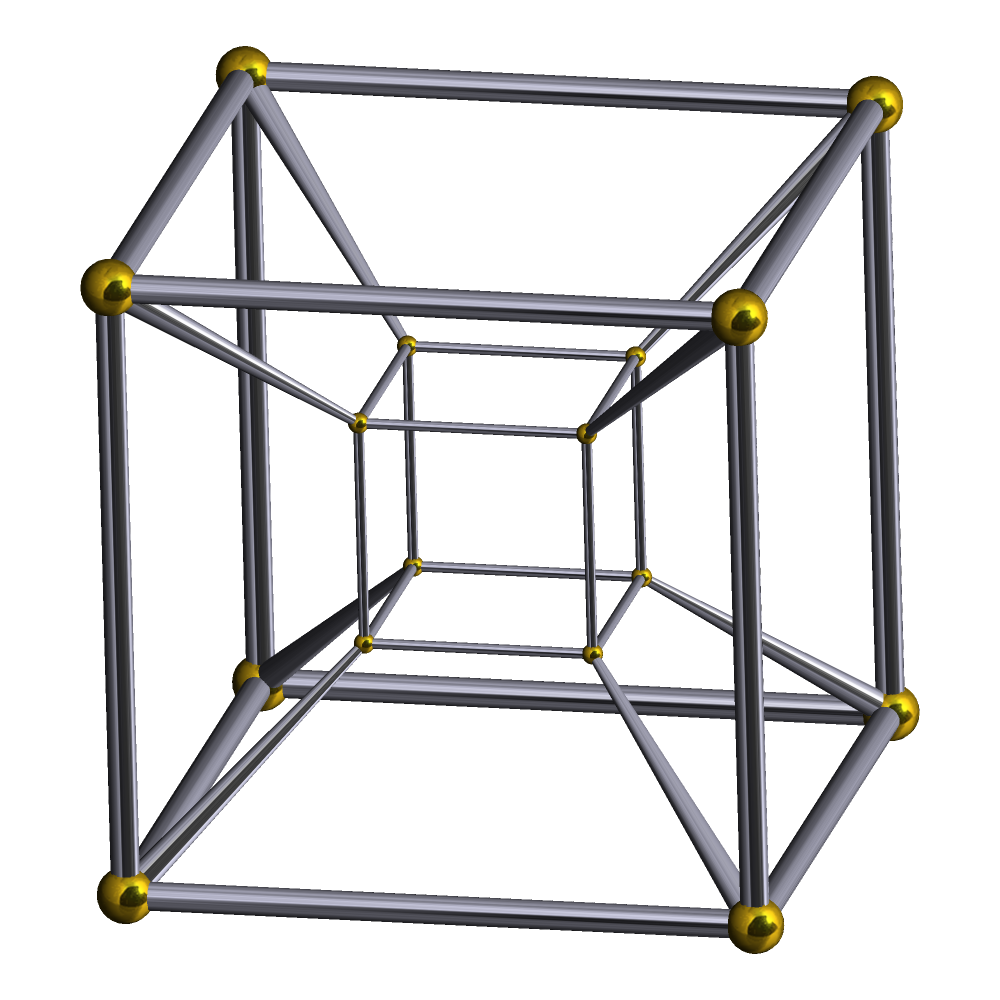 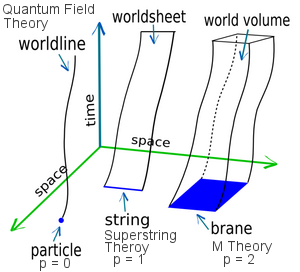 My next thread of nested articles are aimed to explore (shallowly, only) the issue of extra dimensions (of space and time!).

Let me begin with the Gauss law for the electric field. The electrical flux in D-dimensional space reads, for radial symmetry,

up to a multiplicative constant, related to

in D=4 spacetime. There,

is the radial electric field,

is certain gaussian hypersurface containing the electric charge Q. If we take a hypersphere, so

equals the surface of the (d-1)-sphere, we would obtain a Coulomb-like law in D=d-1 dimensions:

Note that we have used units in which

for simplicity. We recover the 3D-space, 4D-spacetime result using the above expression with care. You can also check that the electric field can be derived from the potential

through the usual definition

is the Bessel function of 2nd type.

Let me remember you some facts about hyperspheres. The (d-1)D hypersphere surface can be computed as follows

The volume for the hypersphere is

and the solid sphere is instead the constrain

In general (d+1)=D spacetime, for a single point particle, we write the D-dimensional Coulomb-like electric field as

By dimensional analysis, we get that

to be more precise for any

Magnetism can be also generalized to higher dimensions. A more appropiate language would be the language of differential forms (exterior calculus) and/or geometric calculus (geometric algebra) in order to include not only point particles, but also defects such as branes and their electric/magnetic charges, the notion of duality and more (such as topological terms like Chern-Simons and their nontrivial couplings). But I will write about it in the future, I promise, …Today we will focus on a very basic high-school/lower undergraduate calculus…Forgive me this today. I think it has its advantages for pedagogical reasons to begin at basic level…

A dimensional check provides that

and the above law can be understood as the (d+1)D magnetic field inducing a magnetic force. You can also check that

For one steady current

parallel (both filamentary) the magnetic force per unit length equals to

and for the three dimensional cross section current

are current densities, and

is along the current

Remark: In the 3+1 world we recover the classical and common result

as you can easily check out. For a XD (eXtra Dimensional) world you have, in general, certain lagrangian living on D=d+1 spacetime. A (d+1) Poisson equation reads

Free space solutions of the Laplace equation above requires a Fourier transform, so we calculate

and it implies an integral representation

is the (d-1)D angular element ((d-1)-dimensional solid angle). We can define spherical coordinates

Performing the integration carefully, taking into account the surface of the hypersphere, we have an integral

and from this, we recover the classical (d+1)-dimensional potential given above, i.e.,