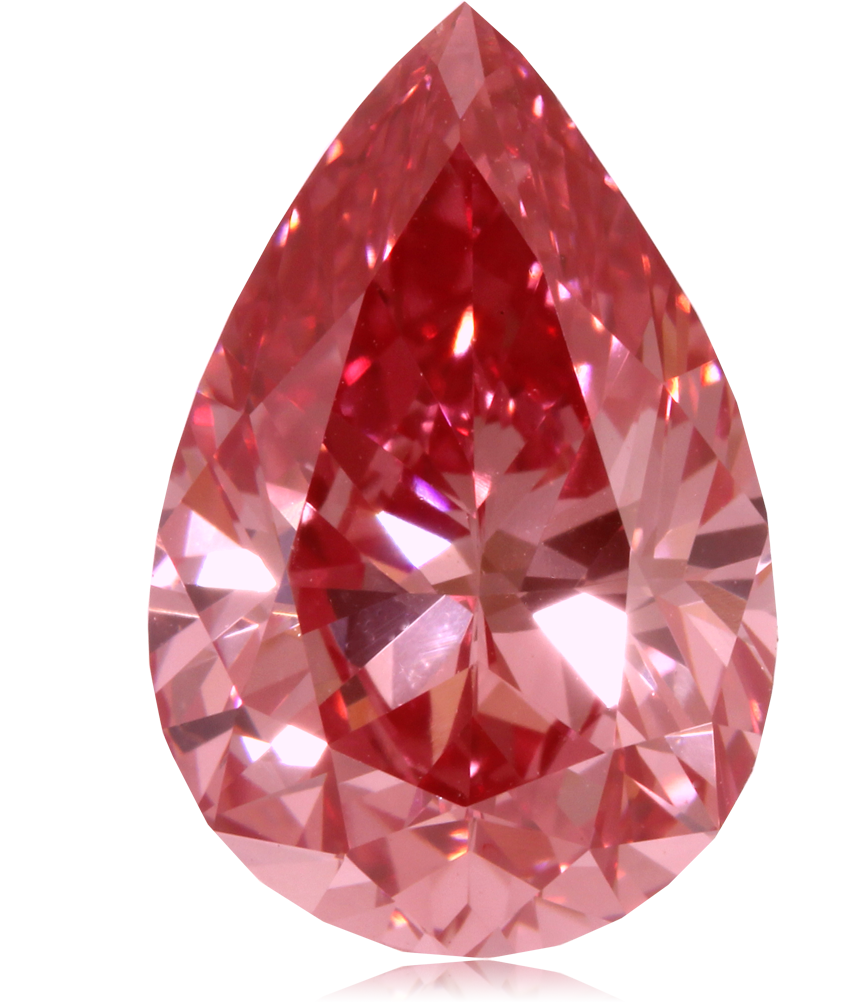 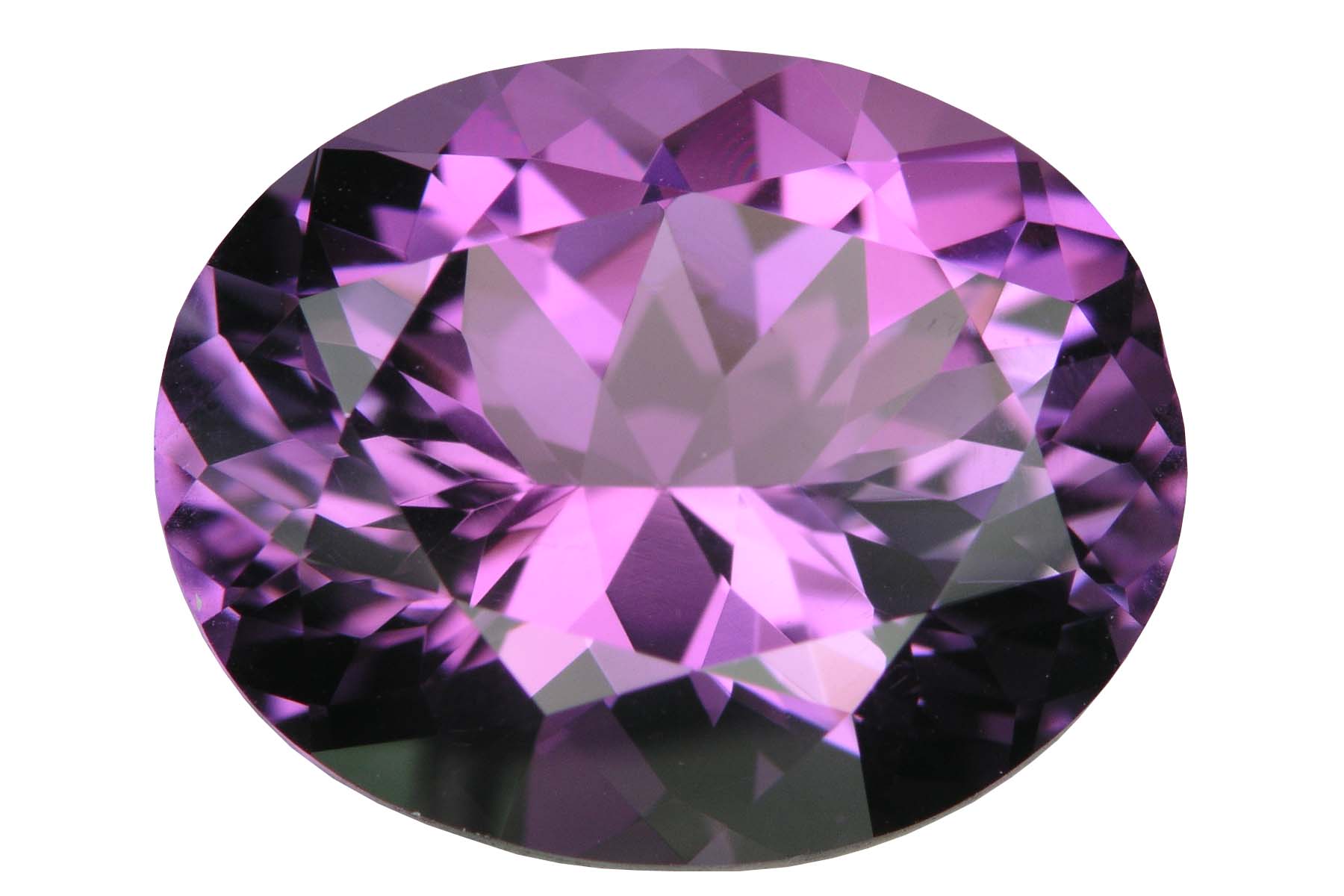 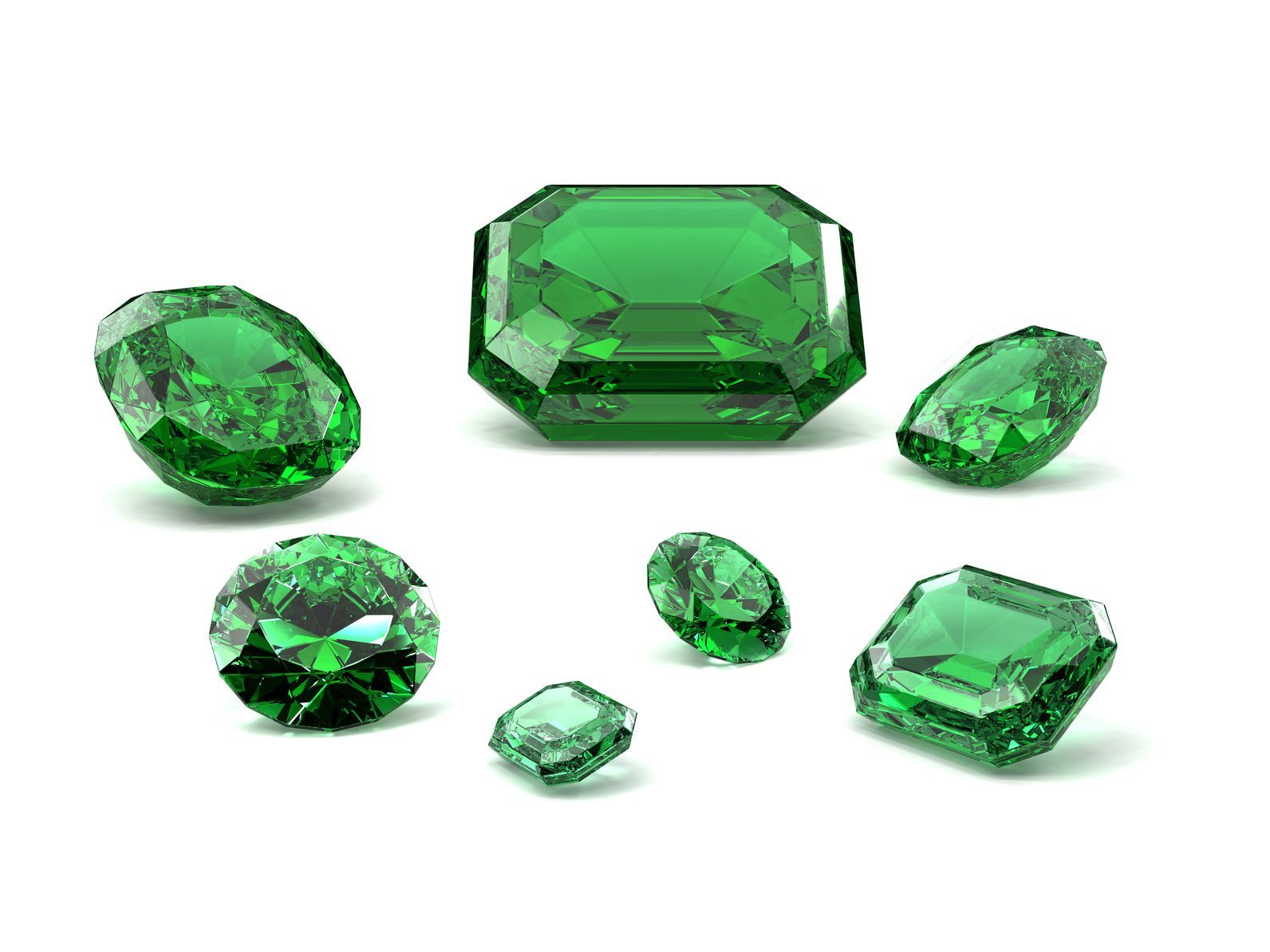 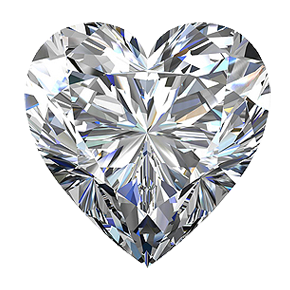 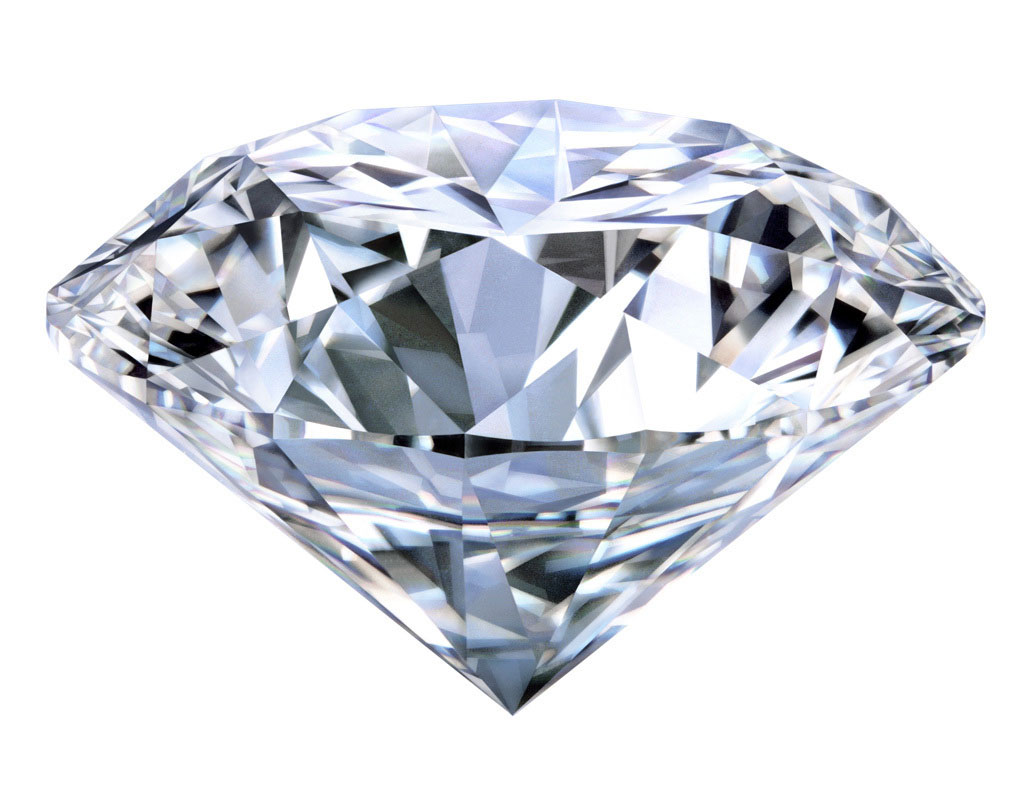 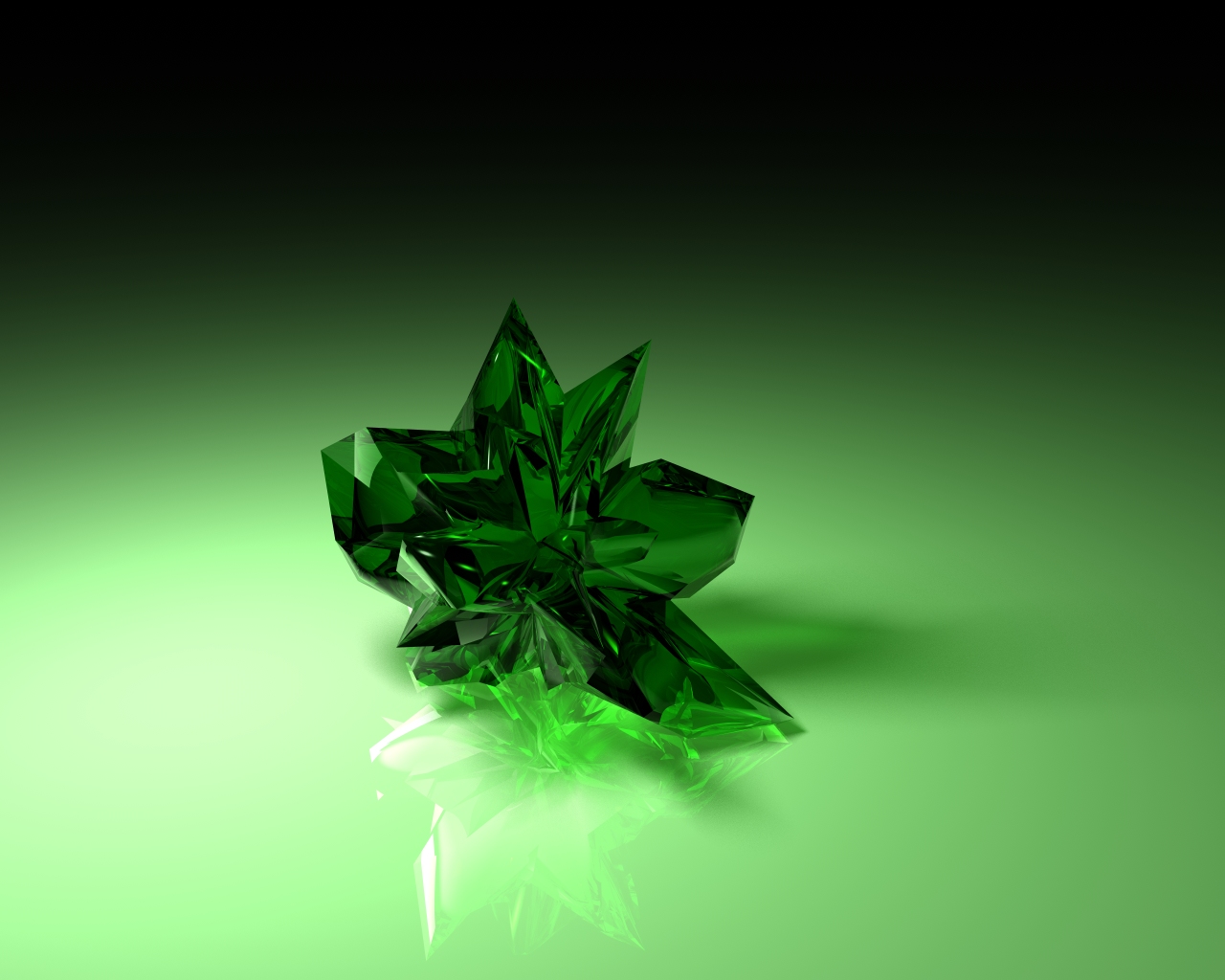 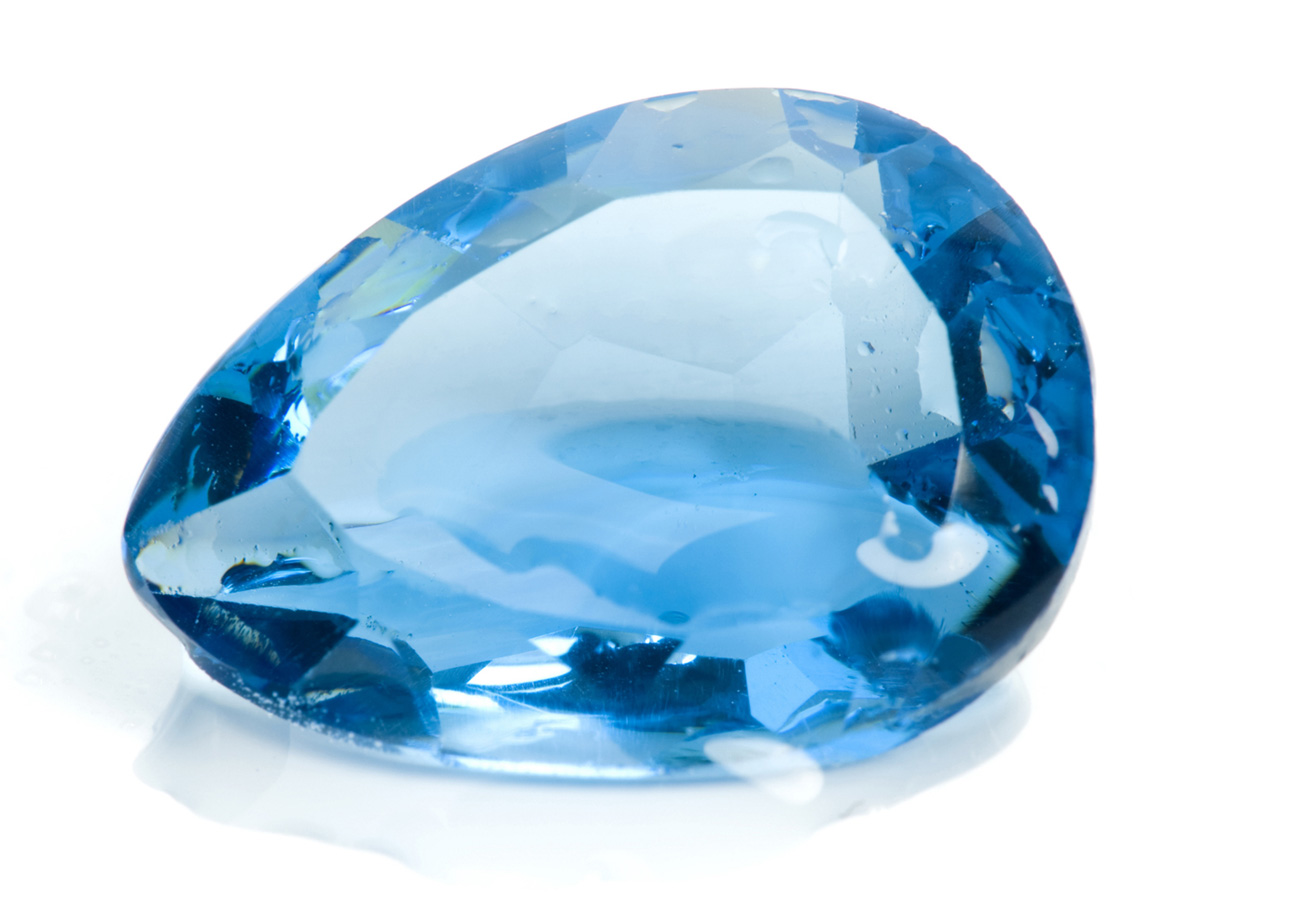 Are diamonds and other (crystalline) jewels/gemstones forever? Well, if protons are stable they are. If not, you are lost! We are all lost indeed in such a case…(However, I am sure that Superman would be fine to know the fact stable non radioactive kryptonite would not last forever in case protons are unstable, would you?)

The issue of the proton decay is a high-end subject, and it has visited periodically the mind of theoretical physicists since the 70s of the 20th century. In this post, I am going to discuss some very broad ideas about this interesting topic.

Let me begin remembering some basic ideas of unification and scales of energy. Usually the Planck mass is thought to be

Compare this energy with our ridiculous LHC energy…About 10TeV (even the enlarged successors will reach about 100 TeV at most!). We are 15 orders of magnitude away from the hypothetical scale where quantum gravity lives…Unless superstring/M-theory or any other new physics and its own energy scale enter the game. For instante, grand unified theories (GUTs for friends) live roughly at

. There were some hopes (indeed we have not lost all of them) that quantum gravity/stringy effects would show at the TeV scale…Modern views of superstring theory and other quantum gravitational theories do not assume that the string or quantum gravity energy scale is just equal to the Planck mass/energy (remember that mass IS energy, according to

could be LOWER than

Let me now discuss proton decay in 4D spacetime. There are generally two scenarios for this process. I mean, there are usually two mechanisms for proton becoming unstable particles (if they are almost stable, they are due to some hidden symmetry we could find some day…):

Mechanism 1. GUT triggered proton decay. Grand Unified Theories involving the unification of the electroweak and the strong forces imply generally the existence of a new kind of particle species, called leptoquarks, that catalyze proton decays. It can also be caused due to some magnetic monopole or GUT monopole, but I will not enter into these details today…However, I will point out that effective field theory (EFT) approach applied to GUTs imply that a dimension 6 operator

Mechanism 2. Quantum Gravity/Spacetime foam triggered proton decay. This is a less know reaction. Due to quantum fluctuations of spacetime at ultrashort distances, inevitable due to the Heisenberg principle, virtual black holes and/or foamy spacetime at distances about the Planck length

m (or when spacetime becomes foamy, typically at

Let me discuss with more detail the second mechanism. The probability for 2 quarks to be within a distance equal to one Planck length is

is the proton mass. According to Quantum Mechanics, the typical decay time for a particle of mass m is inversely proportional to the mass, more precisely unstable particles (resonances) have lifetimes about

is the energy width of the resonance, proportional to its mass through the Einstein celebrated equation

. Thus, for the proton case, we get, supposing the proton is a high lived resonance…The previous probability per proton, crossing a typical resonance time of

if we assume that the particles move close to the speed of light. If we take into account the “nearness” for two protons, this gives an extra factor

, and therefore we obtain that typically, virtual black holes or quantum gravity fluctuations trigger proton decays in a time

This bound is well above the current experimental bounds (circa 2015), with say that

(SuperKamiokande bounds are closer to the

right now). In fact, this result is much more general. As I said above, GUTs already imply the proton decay option…However it has to be highly suppressed in order to fit the observations. Typically, GUTs with energy scale

trigger proton decays in a time

Thus, we have to be very careful with out GUTs and QG theories in order to avoid too fast proton decays!

Remark (I): Low energy black holes, if they have any experimental role in particle physics, need generally something else than a bigger symmetry to avoid superplanckian/transplanckian corrections to the proton lifetime! One possible solution is to introduce a generalized uncertainty principle (GUP, but please, not confuse it with GUT) in order to modify these estimates. GUPs have been known since the early times of modern quantum physics (Snyder and Heisenberg pioneer some original works in the 2nd third of the 20th century, paving the way to non-commutative geometry and even giving us some spoilers of modern string theory and de Sitter spacetime geometry):

, since emission-absorption  of virtual particles suppress them with typical time

, with X being the intermediate virtual particle.

Remark (III): Using GUP and virtual BH you can guess the lifetime

Note that, if so, excited states with about

induce too quick proton decay! Proton decay is a subtle issue for ANY GUT and BSM theory, even for (quantum) gravity! For instance, suppose that

were about 1TeV instead our known

s. Do you want to save theories with low quantum gravity energy scale or even superstrings/GUT from proton decay? Be aware!

is the Schwarzschild radius.

2nd. Consider extra dimensions and that quarks inside protons can propagate into

A similar argument to those we use previouly, allow us to obtain that

Using the experimental bound, and the GUT scale

, we can obtain the bound

. For d=1,2 you obtain that the quantum gravity scale is high but LOWER than GUT/Planck energy. Finally, d=7 offers a weak bound about 700TeV than even with the VLHC or a big collider we could find hard to test. As an exercise, you can guess how many extra dimensions you should have to probe them with the LHC using these arguments (interestingly, what happens with

?). The above energy scales can be associated to some size. Corresponding sizes using the equation

where n is the number of LARGE extra dimensions (we take d=0 for simplicity), provide typical lengths about

Question: if you plug as l the distance we can probe with colliders, that is about 1 zeptometer or 0.1 zeptometer with the LHC, how many extra dimensions should you have in order to feel if with it? Calculate n for 1 zm and 0.1 zm! I would like to remark that these distances would be very hard to probe with experiments of modified gravity. Thus, testing the proton lifetime is an important thing for BSM theories!

Proton decay is an example of something much more general. Processes with violations of the baryon number B. For proton decays,

but you could generally have

in general! Or even, you can have leptonic number violations, for instance, processes like

due to fluctuations in spacetime or produced due to loops of virtual black holes. Of course, we have not observed that, but you can guess some results from all you have learned here. Again, for simplicity, take d=0 and a baryonic number violation with

Are there any other tools you could use for testing quantum gravity scale and not so tough like proton decays? Yes, there are…Not too much, and they are not very well known for some people, but they are interesting. First of all, you could study the so-called neutron-antineutron oscillations. The time scale of these oscillations are not as tough as those put by other processes. Today, you have (to my knowledge, I am not expert on that):

and that implies roughly that

Curiously, this result was not very well known for some experts, so superstringers and some people, BEFORE the LHC, tried to dream with 1 TeV quantum gravity. It is not a realistic expectation in my opinion. Indeed, neutrino masses via seesaw type I imply a very high intermediate scale, so living with high energy quantum gravity is inevitable unless something incredible happens…

Secondly, you could search for lepton number violations in the neutrino sector (complementary to the baryon number violations in the quark/QCD sector) or try to search for hints in atomic physics using muonic atoms, muonium, and other exotica. Thirdly, you can seek hints of strange processes using neutrino astronomy/astrophysics/cosmology, a new-born field with a promising future! Cosmic rays are Nature’s collider, and you can not even be more fortunate to have something out there providing PeV, EeV or even ZeV/YeV particles!!!! High energy neutrinos produce scattering in the atmosphere, and you could even probe some of the previous reactions involving virtual BH. Are there virtual BH out there? If the QG energy scale were low, taking into account that a typical BH cross-section is about

and that BH’s mostly radiate OFF the brane, you could deduce hints of this reaction searching for missing energy. Neutrinos hitting atomic nuclei N, to produce BH via

are possible and, I think, they are the last hope for Hawking to get his Nobel prize (detection of Hawking radiation is a very hard subject, no matter what you have heard; beyond lab experiments, the Hawking radiation can only be detected through some radical events and hypotheses!).

A little bit off-topic: How many degrees of freedom has a graviton in D=N+1 spacetime?