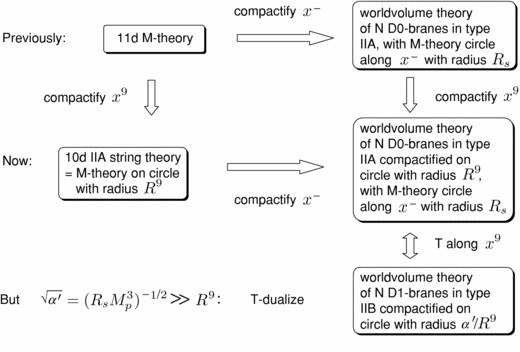 The 2nd superstring revolution circled/circles about (electromagnetic) duality. In D=4 (or general

and for the dual field 2-curvature

They are true symmetry for the Maxwell equations in vacuum,

, and for the whole inhomogeneous Maxwell equations if you add magnetic charges (e, g) and current (

Indeed, this symmetry can be thought as some kind of phase-space or phase space-time symmetry. Note the resemblance of the integrals

. In fact, the last action has symmetry under

plane, but a deeper analysis suggests this criticism as naive and wrong. Well, the point is…What happens with gravity? Gravitational “charge” is mass/energy. Thus, one would ask if there is a kind of duality in the gravitational sector of our gravitational theories. It is subtle. Effectively, you can dualize the theory. You can take the dual of the scalar curvature

But it comes to certain price. You have to introduce the “gravitational magnetic charge”, also called NUT parameter

into the theory. The Schwarzschild mass is complexified so,

is the Schwarzschild mass,

the NUT charge and

. Moreover, EM duality is often an off-shell symmetry (i.e. a symmetry of the action, not just of equations of motion, or on-shell symmety). It has certain caveats, and people got disoriented about how to define a theory where the degrees of freedom are so large and with such a big symmetry.

After the 1995 revolution, many people thought in the duality principle: all fields and dual fields must be treated “democratically”. Have a look to this table and the branes on it: 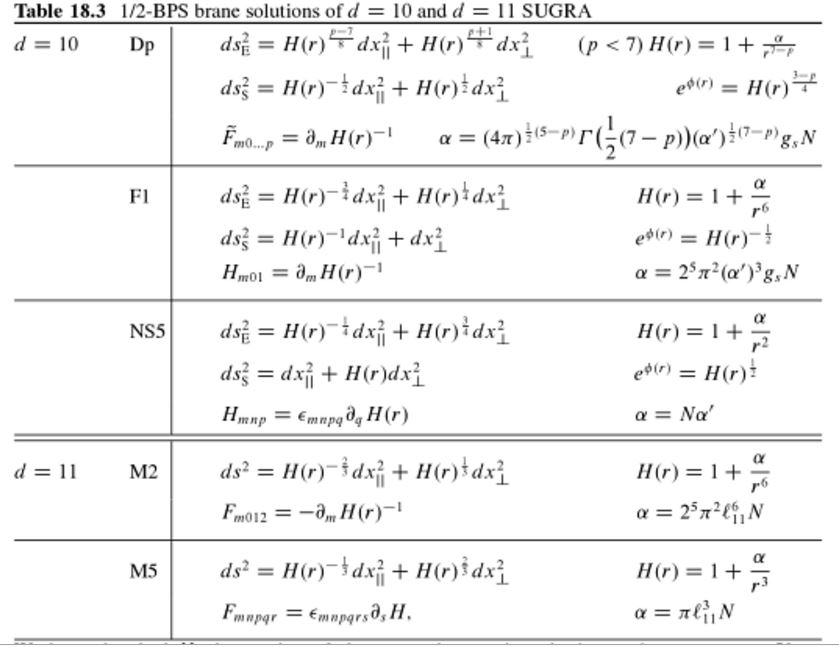 Therefore, under duality invariance, any p-form gauge field and its dual

-forms should appear equally in the action or equations of motion in a dual formulation. To use the electromagnetic duality in the gravity sector has provided to be a formidable task, since promoted to a symmetry of the theory, it implies certain infinite-dimensional group content that has not been fully solved. Peter West has conjectured that the Kac-Moody groups

are behind M-theory, maximal SUGRA in D=11 and the final theory of everything (TOE), but it is yet to be probed. Are you a SUGRA fan? Read Peter West papers on this subject. It is hard but englightened to see the good and bad points of the proposal.

Nowadays, duality is used for much more. After the 1995 revolution, it was also found that theories defined on anti-de Sitter space-times (AdS spacetime for short) could be described by a QFT on the boundary thanks you to a clever application of the holographic principle by Maldacena. This equivalence (duality) is now dubbed as AdS/CFT correspondence but it is also a “duality” in generalized sense. That is what the duality revolution left us. Theories can be described very differently according to the degrees of freedom or “coordinates” you use. But, then, the issue is…Why to choose some over others? And even more…Are they “real”? Does it even matter? After all, no one has seen yet a magnetic monopole, a dyon (particles with both electric and magnetic charges) or a NUT gravimagnetic mass…What do you think? 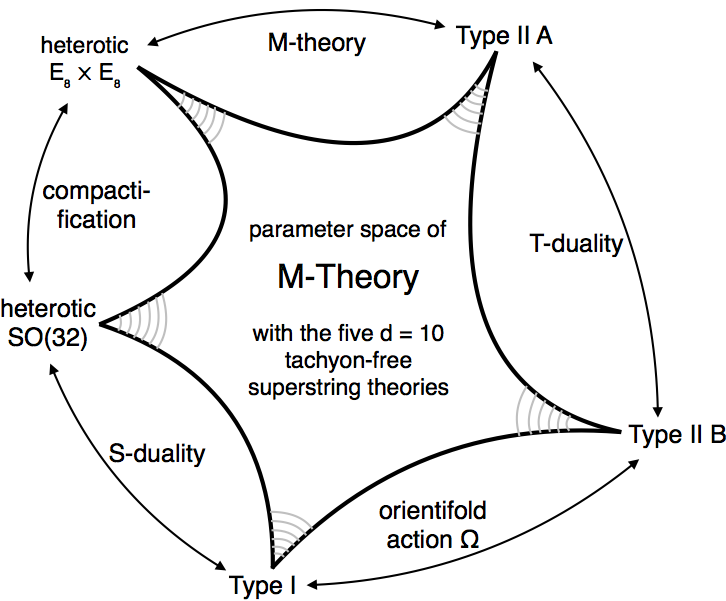 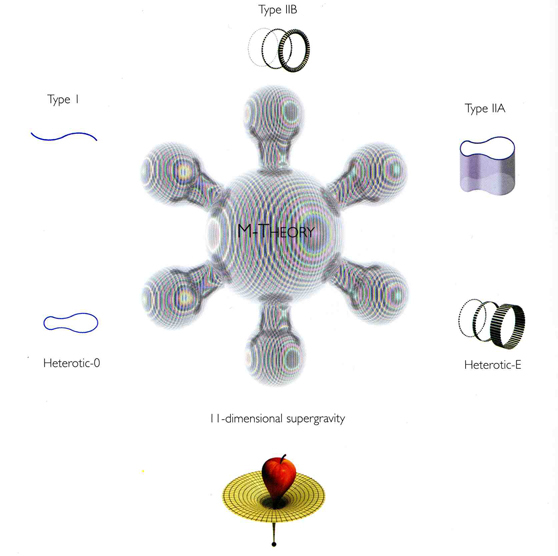 See you in another blog post! May the duality and the Dp-branes be with you!

P.S.: I like TOEs, but I dislike the preference by certain classes of branes in the M-theory current formulation. I believe some day, we will formulate M-theory with any p-brane dimension in a self-consistent way in any space-time dimension enlarging our idea of space-time. Beyond time, beyon space, beyond space-time and phase space-time. If SUSY matters, in any form, is yet ahead of us.