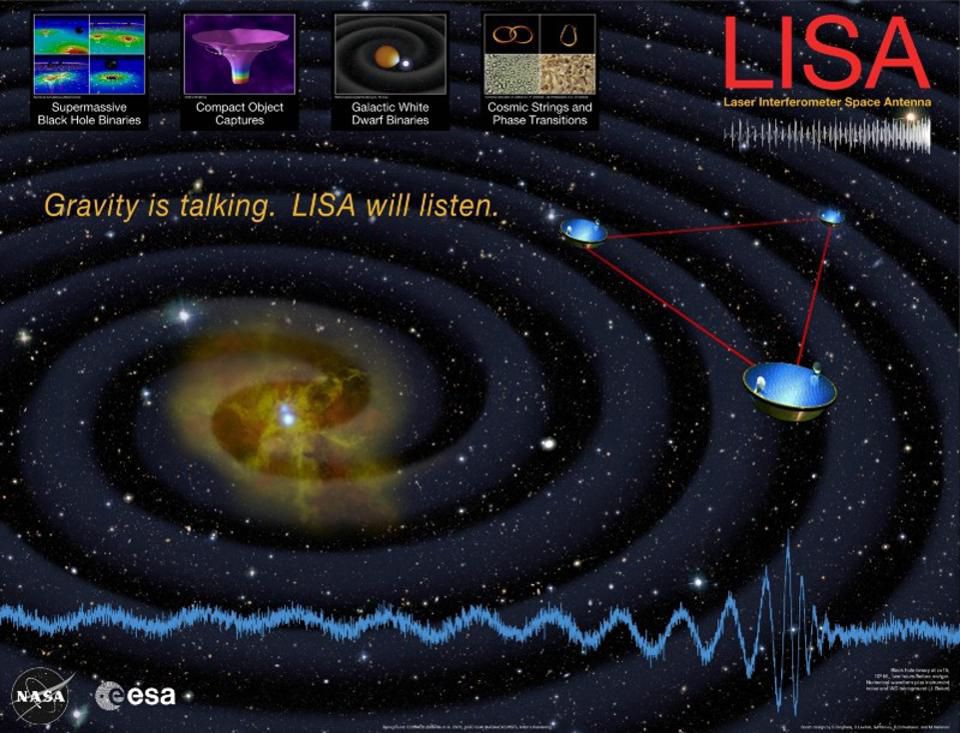 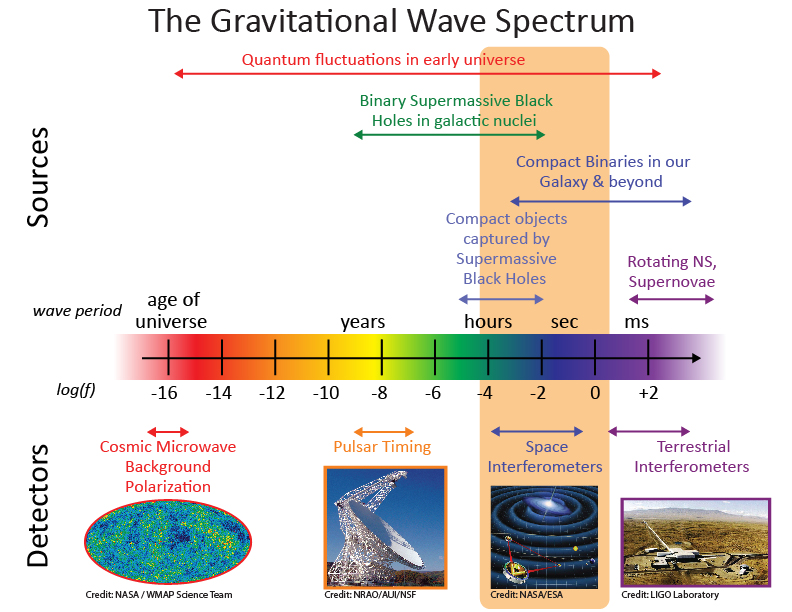 Black holes and other astrophysical objects are true monsters. Some interesting tools from web pages to learn about these free catalogues: WATCHDOG and BLACKCAT. Also, the blackhole.org page and the sounds of spacetime for gravitational waves are suitable for you. Furthermore, you can enjoy the BH stardate online encyclopedia.

Two of the biggest and coolest (literally) black holes are quasars. Their names: OJ 287 and 3C 273. Persistent BH sources do emit X-rays, and they are powerful sources of X-rays in our galaxy (and beyond!). Transient BH events are also studied. Beyond X-rays, you study BH accretion and merging, likely BH growing if you are “lucky” or a true believer.

The new born gravitational wave astronomy is going to outer space. LISA (Laser Interferometer Space Antenna) will study a completely different set of sources beyond the ground based gravitational wave observatories. What are they?

By the other hand, beyond GW astronomy, some cool experiments are the HAWC water telescope, Cherenkov telescopes (CTA!), and the AMON network.

Primordial BH are interesting objects. In the window

they offer the option to be ALL the dark matter.

Gravitational wave luminosity (power!) is given for a binary (non-eccentric) system by:

is the chirp mass, and the reduced mass

is used. Non-zero binary eccentricity formula do exist but it will not be considered in this post. GW higher harmonics are useful in GW astronomy. However, for circular orbits, you have

For the strain amplitude, averaging, you get

Remember: the gravitational wave frequency evolution for a binary system from

up to coalescence is twice the orbital frequency:

where the chirp mass reads off

and the power of the gravitational wave is equal to

By the way, the maximal frequency on Earth that we can detect from binary black hole mergers is related to the innermost  stable circular orbit (ISCO). Roughly, this orbit corresponds to a radius or separation from the center of mass equal to

. For this orbit, the frequency should be:

We will learm more about the sounds of spacetime in forthcoming entries! See you in other wonderful blog post…

P.S.: From Orosz et al. and other sources from the arxiv, you get something like this list (several versions included) 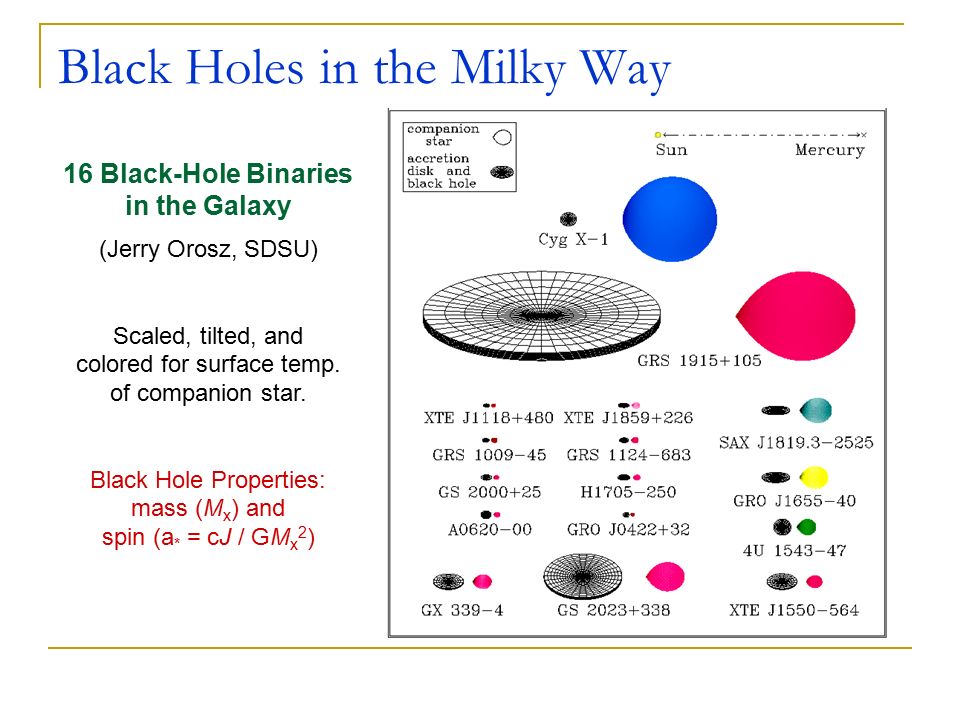 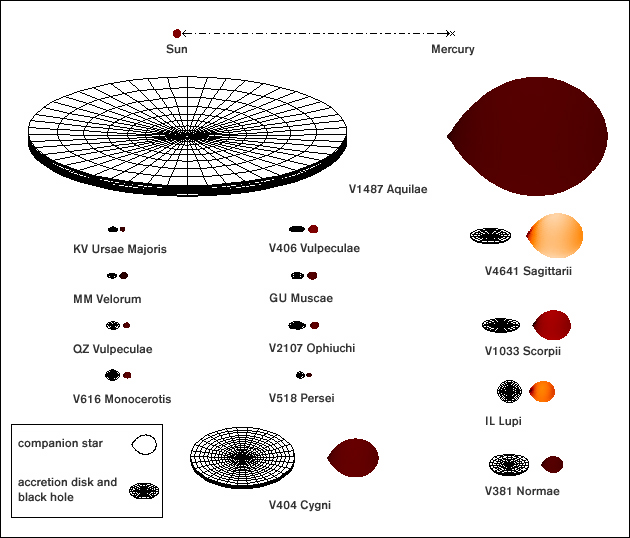 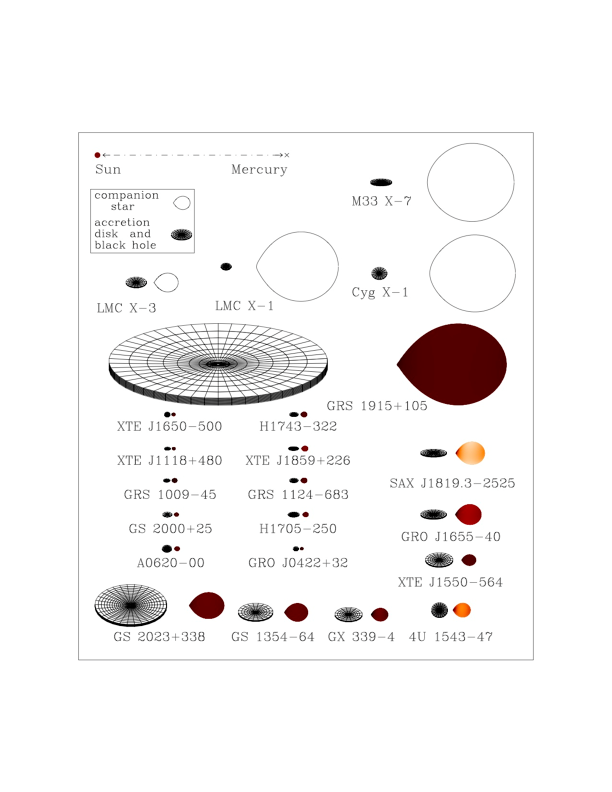 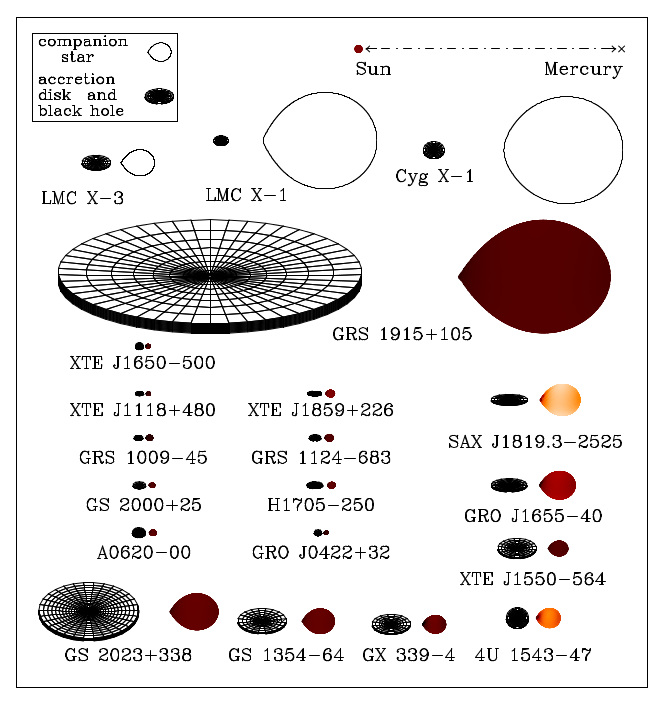