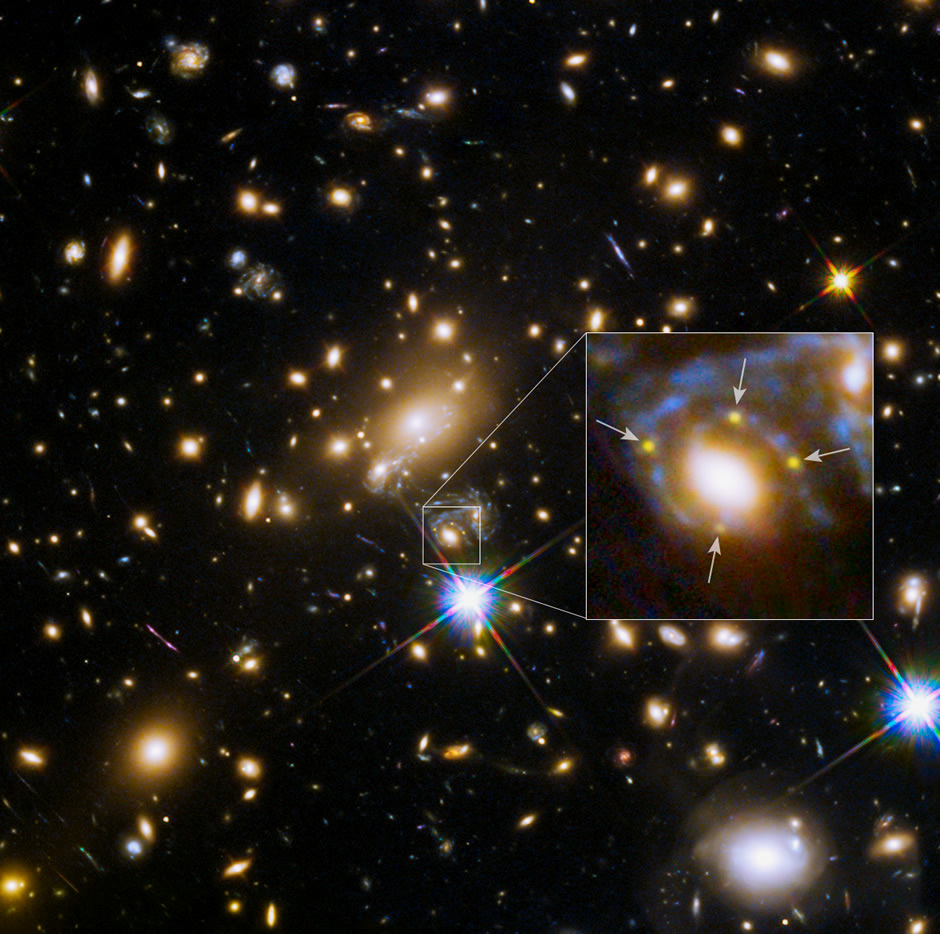 In the previous blog post and log, we introduced the high energy stringy part of the 4-point (particle!) tree approximation amplitude for the graviton scattering in type (II) superstrings

This “simple” formula gives no negative probability due to positivity features it owns. Why quantum physics is about amplitudes and probabilities? Well, that is a good question. Perhaps, it is the history of Science the bias, and the thing bayesian probabilistic methods are not as popular as deterministic and frequentist approaches. The battle bayesianism and frequentist is yet seen at statistics and experimental science, but they are somehow completary views…Despite the fact, bayesianism is far superior in many (not all!) the cases. Focusing on the subject above, classical physics is just a deterministic theory just when formulated in deterministic ways. I mean, newtonian mechanics and classical mechanics formulated in terms of “forces” under the general principle

is a deterministic approach, because it states that…In order to know the position (in the futuro or past) from any particle in the universe, you only have to know the mass and the forces act on it. Period. The rest is a calculus problem. You can do it manually or with the aid of computers for bigger and more complex systems (fluids and non-linear systems are in this category). Of course, the loophole is the knowledge of the initial or boundary conditions. You can not know the exact position of a particle without initial conditions. However, classical physics admits a non-deterministic formulation. It was created during the 19th century. It is based on energy (kinetic, potential and others) and the action principle. Any classical theory under very mild assumptions can be formulated in terms on a minimal (more precisely critical) action principle with certain hamiltonian/lagrangian function and so the requirement

is seen as more fundamental. Why is the principle behind

non manifestly deterministic. It is related to the fact that configurations of the particles are not fixed, but varying in configuration space or phase space. Indeed, this formulation allows us (Feynman was the creator of this approach following a Dirac suggestion) to build up and formulate quantum physics in a much more parallel way to classical mechanics. Thus, the Schrödinger path to quantum mechanics (QM) based on the solutions to

turns to be changed in a more lagrangian or action (functional) way with the aid of action principle. The point is that, in order to understand QM from this viewpoint, you must accept that particles or fields follow every possible configuration or path through space-time. The amplitude for  the infinite paths is usually written as a sum, really it is a formal integral over certain infinite-dimensional space (infinite-forms are such a thing no mathematian surely would try to visualize here! Sorry, my dear mathematicians, infinitedimensional forms are “real”. Just joking, I am sure you know those things really exist, don’t you?). The amplitude reads

Infinite dimensional matrices and spaces are “normal” in quantum physics, not so in classical physics (unless you live with fields instead of particles). The Nima’s work in the last years has been devoted to find out a new QFT reformulation where locality and unitarity emerge as some kind of deformation from a new mathematical structure and new objects arise. The real reason of this need is also related to Feynman graphs. They are complicated to handle with in complex theories. Physical theories require renormalizability and finiteness in the results. Regularization of sums and integrals are complicated. When considering gravity, the only true universal force on every scale, things become nasty at higher order loop corrections. You can not calculate by hand every Feynman graph correction. Computers will be necessary…Even if some new mathematics arise. The amplituhedron and related objects are not new really. They are variations in projective geometry. Anyway, it stuns everyone when you learn that amplituhedra allows you to simplify some calculations that Feynman graphs would do harder. Perhaps, this is a motivation of every physicist too: to simplify things. Locality is just a condition that can be seen a consequence of a constraint in momentum

. Unitarity, beyond the hamiltonian evolution as a phase factr

, can also be understood as a factorization property of Feynman graphs. Amplituhedra have relatives. They are named with even cooler names: associahedra, EFT-hedra, positroids, matroids,,…But they are almost all in the same category. They involve some type of combinatorial (polytopal) geometry (now, have you recalled that loop quantum gravity and spin networks have similar structures too? Please, don’t hate competitors…Make them yours!). Matrices are usually generalized into tensors or multiforms. However, there are other possible genrealization of matrices based on the notion of linear independence. This drives you into the idea of matroids. Positroids are certain type of matrics with “positive” properties (of course, no one likes negativity…True?). Lam polytopes or lamtopes and positroidrons (not they are not drones, sorry) are certain objects currently being studied by some eccentric mathematicians (however the sample of mathematicians studying these things are low, few people like strange things, and no, I am not meaning the Stranger Things Netflix TV series). Well, how to live with these “new” things? Where the amplituhedra emerged first? The answer is planar super-Yang-Mills (SYM) theories. Twistors (Penrose was so great creating them!) are mathematical objects encoding spacetime kinematics in SYM (also in superstrings, but that is another story) via:

You can build up a vector

This equivalence relation defines momentum twistor physics! In the previous blog post, I remarked the amplituhedron is related to the volume of certain infinite-dimensional complex amplitude. Is there a more concrete definition at hand? Well, verbose mode on…The formal definition of the amplituhedron is that of a positive grassmannian

scpace of k-planes in n-dimensions. The hope is that similar objects (or generalizations) can be found to simplify hundreds of pages of Feynman graphs into single pages. Computationally, given the fact we are entering the AI and Big Data era we need to keep things simple. The amplituhedra is, therefore, certain asymmetric matrix (matroid)

The positive grassmannian, the space

of all minors with positive entries is just another name for the amplituhedra! Can you explain it to your children and kids? Well,…Maybe. The amplituhedra can just be seen as well as a generalization of a beautiful idea concerning High School triangles. Draw a 3-vertex triangle and mark the vertices and the center as the baricenter or center of mass inside the triangle. Define

are the triangle vertices, and

respectively. 2D-cells of these things are “triangles” but going more general you can build up

spaces, tied up to supergeometry in projective spaces! The amplituhedra are just objects transforming external particle data into polytopal shapes! This trick, just new, allowed Nima and collaborators to write all loop integrands and understand them as certain “faces” (polygons/polytopes) of the amplituhedra. The simplest way to understand the amplituhedra is, perhaps, the following statement:

. Now, we can speculate:

1st. Beyond dualities, no equivalence betwen existing gauge redundant descriptions was found. Maybe, a new approach is necessary in order to understand the origin of dualities.

2nd. Amplituhedron discovery: it implies, maybe, that we can understand representations of unitarity and locality without any evolution in space-time. Spacetime (GR) and quantum mechanics could be an illusion from shapes of higher dimensional objects. Yes, Plato’s cave returns…

3rd. Gravity and strings links. There is a yet unexplain magic even in planar SYM, related to the connection between gauge theories and gravity. Identities between color orders, helicities,…Similar strange combinatorics arise in the so-called BCFW formulae. Not just emergent string theory but also string theory plus QM arise from combinatorial geometry. Heritage from the spin networks and the twistor program. It hints any ultimate description of reality in terms of purely combinatorial (discrete, finite!) objects, even if the objects are infinite dimensional theirselves. Remarkly, the moonshine conjecture and its generalizations seems to be a further source for links into this continuum-discrete relationship.

By the other hand, what kind of physics can we do from the amplituhedron? Projective (complex) geometry mainly. Related to positive grassmannians, as we have seen, and extended to polytopes in certain likely infinite dimensions. The grassmannians work like triangles or “faces” and their interiors. The amplituhedra are like being inside of polygons/polytopes. You can define certain invariant “forms” (differential expressions) related to the singularities (particles) on the boundaries of the amplituhedra. Twistor-like variables encode the symmetry of the Lorentz group in 4d (specially in SYM) but, in principle, could be exported into more general spaces (that is the real hope…). The invariance of the amplituhedra are indeed more fundamental in the sense they allow you to derive (under positivity) unitarity and locality. Locality+Unitarity=Positivity. That is the point behind amplituhedra. In fact, Nima has tried to go further with EFThedra. Black holes are the end of reductionism in the sense they imply a breakdown of known physics. They also imply a link betwen IR/UV scales. Black holes, at least known black holes, are astrophysical entities. They are much greater than the Planck length. Therefore, understanding black holes also means, in the end, to understand short (ultrashort) scales. High energies are connected ultimately to long distances via gravity. Gravity is inevitable. It is universal. The holographic principle states, however, that local field theories fail to capture gravity essentials. The maximal number of degrees of freedom in any theory containing gravitational stuff is bounded. But it does NOT scale as the volume, as one naively would expect from QFT. It scales as the AREA of the boundary region.

. This surprising fact constrains BH physics and make difficult field theory descriptions of it. Gravity is, generally, the weakest force. Extreme conditions near black holes, near black hole singularities, change this. During the last 40 years, even more if you take into account early Einstein trials, we have tried to go further GR. Einstein gravity signs that is uncomplete in the sense it predicts its own fall-down. String theory enters here as a the greatest hope. Key words: supersymmetry and positivity are well known to physicists from the 70s and 80s of the 20th century. Concrete examples of theories where physics of spacetime and the QM rules are sen to be derived from something more fundamental and combinatorial objects are known, even when they are not abundant. Nima’s great discovery of the amplituhedron and relatives in SYM N=4 theories points out in this direction. In the cosmological set-up, cosmological polytopes and generalized associahedra could also be possible. Hidden positivity and geometry of causality and unitarity, let Nima speculate about other entities: EFThedra and CFThedra from Effective Field Theories and Conformal Field Theories, respectively. However, these abstract entities are not yet fully understand, not even known! However, it shows that these objects WERE indeed imagined before. Gelfand in the 90s studied the grassmannians and generalized determinants, also arising from quantum black holes and quantum information in the form of hyperdeterminants, in the formula of black hole entropies! From polytopes, via Xhedra, to amplituhedra and beyond all of them is a secret that makes all of time and space…Motivic geometry and Grothendieck theory of motives are just one of the deepest aspects of geometry and number theory links that are also being involved into physics these years.

See you in my next blog post! (A rough one on Quantum Cosmology!)