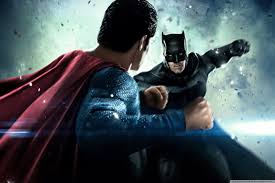 The dark energy mystery, a.k.a., the cosmological constant problem or why the observed vacuum energy is to tiny is a big problem with no consensus solution yet.

The Standard Model Higgs potential can be written as follows

is the Higgs mass

is the Higgs self-coupling from the given mass and

is the vacuum expectation value of the Higgs field, namely

From High School mathematics, you can easily find out the minimum of the above potential

so the non null solution is given by

and the Higgs potential value at that value becomes

The Higgs potential provides a natural source for vacuum energy density. Using the values mentioned before we get

The value we get from Cosmology, using the LCDM model is however very tiny

thus, we have a mismatch between theory and experiment about

I know ther are some other crude estimates from UV-cutoff given a 122-123 orders of magnitude separation. However, this is much closer. Some SUSY (supersymmetry) theories have some arguments to essentially fit some of the solutions I mentioned. But the issue is not at all clear. A very big cosmological constant would be a disaster for life. The very big vacuum energy of Quantum Field Theory grosser estimates clearly are nonsense, but we do not know yet when the calculation is wrong. Maybe a dS (de Sitter) QFT could provide a better solution using

Note, do not confuse the Higgs self-coupling

with the cosmological constant

What do you think? A simple minimization of the Higgs potential according the SM gives you a 55 order of magnitude split with observed vacuum energy density? Are they the same or are we lacking something more fundamental?

Off-topic news: it seems the quark-gluon plasma behaves as an ideal relativistic fluid, as the holographic hypothesis suggest, giving experimental increasing support to the bound of shear viscosity to entropy ratio predicted by those holographic models

or in natural units