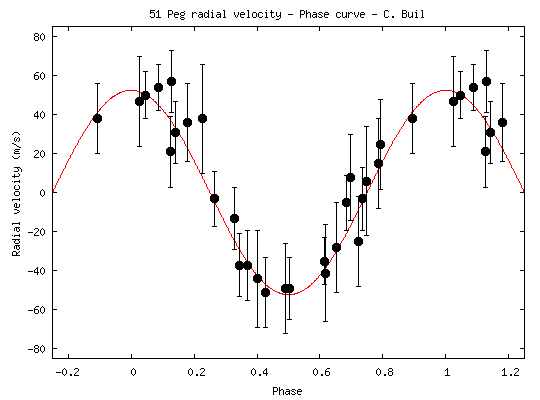 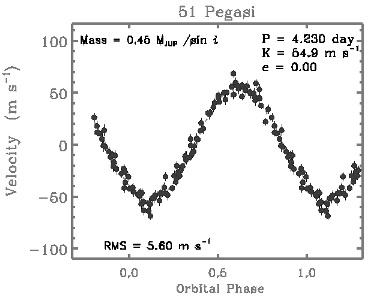 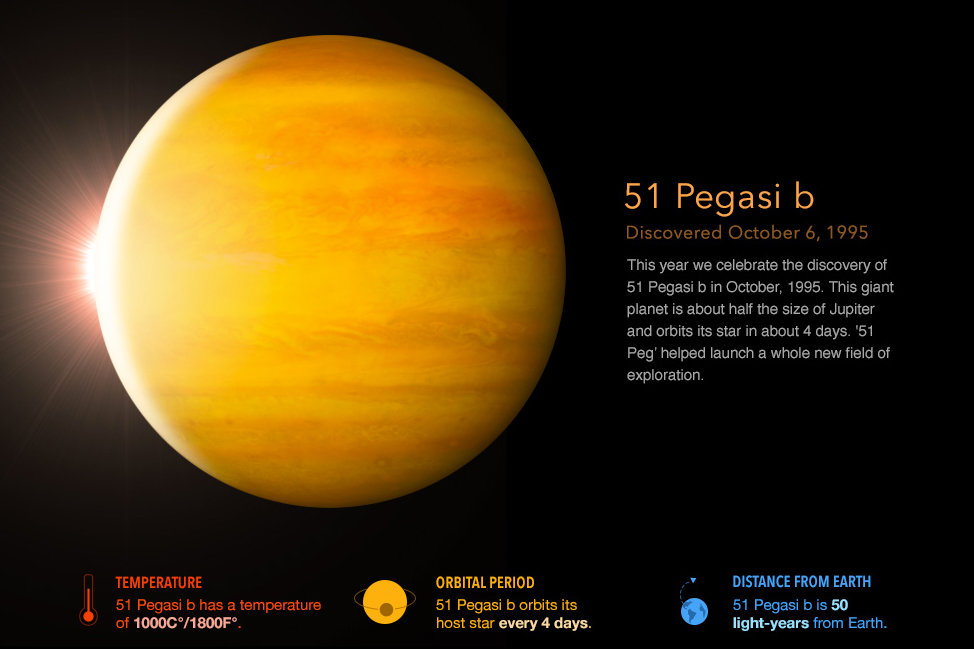 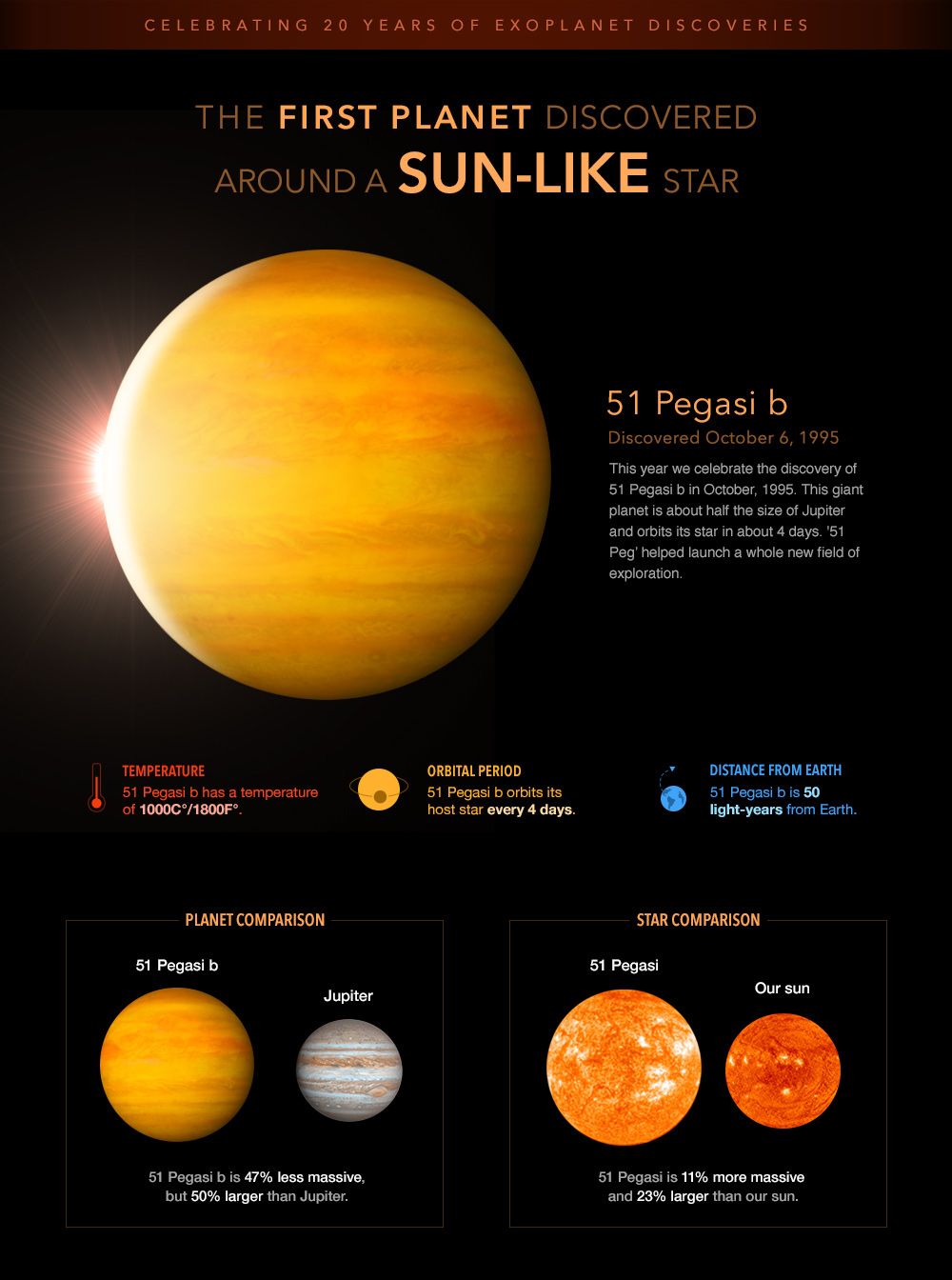 The Nobel Prize in Physics this year, 2019, was awared to Jim Peebles, Michel Mayor, Didier Queloz. The latter two men devoted their careers to the search of extrasolar planets, or exoplanets, for short. That is, the search of worlds around other stars where life like us, or even non like us, could develop. Astronomy has the tools now to fulfill the Giordano Bruno prophecy. There are billions of worlds out there. There is no heresy. Even when the first exoplanets were found around pulsars in 1992, the work of Mayor and Queloz provided the evidence we dreamed long ago that there are worlds out there. Wherever you see at the sky during the night, there is likely a single exoplanet per star as minimum in our galaxy. Of course, there are stars without planets, stars with several planets, even planets without stars (out from their orbits or errant in space).

This short post is to introduce you to the Science of exoplanets in simple way. I am not going too deep now, since it would require more time I don’t have now (even when I wish I had it!). Beyond this new category post, you, of course, will ask how we detect explanets. Well, there are different methods, the first one allowed Mayor and Queloz to find 51 Peg b and, after 24 years, win a Nobel Prize…Science is slow so many times…

1st. Radial velocity. At the Nobel conference, Ulf Danielson review this method. The fact that a single star has a planet orbiting around it produces a wobble in the motion of the star. The star emits light and light has an spectrum. The wobbling star shifts its spectrum due to the pull of the hidden exoplanet, so you measure a shifted spectrum. The consequence is that the radial velocity we measure from the star realizes an harmonic motion! That is, due to the exoplanet presence, the radial velocity varies periodically in time. The measurement of this radial velocity

requires the measurement of period

, it is done with a time series (the repeated measurement of the velocity of the star in time), the orbital radius of the circular motion (we suppose a circular motion for simplicity, but in general, there is an eccentricity), and the mass of the system

, the orbital inclination, but it can be done. Even other methods provide a tool to derive the radius of the exoplanet (see below the transit method). Mathematically,

is the gravitational constant,

are the star and the exoplanet mass,

the orbital inclination, and

the orbital radius (generally the major semi-axis). Given the Kepler third law

, then you can transform the above equation into

The radial velocity method is useful for telescope searches, with spectrometer, and it is mainly a tool for finding large exoplanets, and close to the observer. This method is not the most popular today, as technology can now do it better with other methods, but yet it is useful to find some exoplanets or like a check or additional independent method to confirm the existence of some planet is some exosystems.

2nd. Transit method. Also known as transit photometry method. If it uses the measure of the total flux spectrum from a star. During the transit of any exoplanet through the vision line between the star and us, the light amount we receive will decrease like in our solar eclipses. The measurement of the flux variations

is the flux without eclipse, and

is the flux during the transiting exoplanet and the eclipse. The relative variation of the flux is proportional to the relative size of the exoplanet radius and the star radius, squared.  This method can produce false positives due to stellar activity or other bodies mimicking exoplanet transits. This method allows you to know

, the period, the orbital radius and the exoplanet size, but there are glares with

3rd. Additional methods. Current technology in astronomy has even allowed and granted with more detection methods:

Dyson suggested than citizens could try to search for exoplanets in low mass stars like M-stars or WD-stars. There, transits are easier to see, even when it likely requires good telescopes and lenses to see the transit around faint stars.

All hail Helvetios and Dimidium, 51 Peg b star and exoplanet, formerly known as Bellerophon.