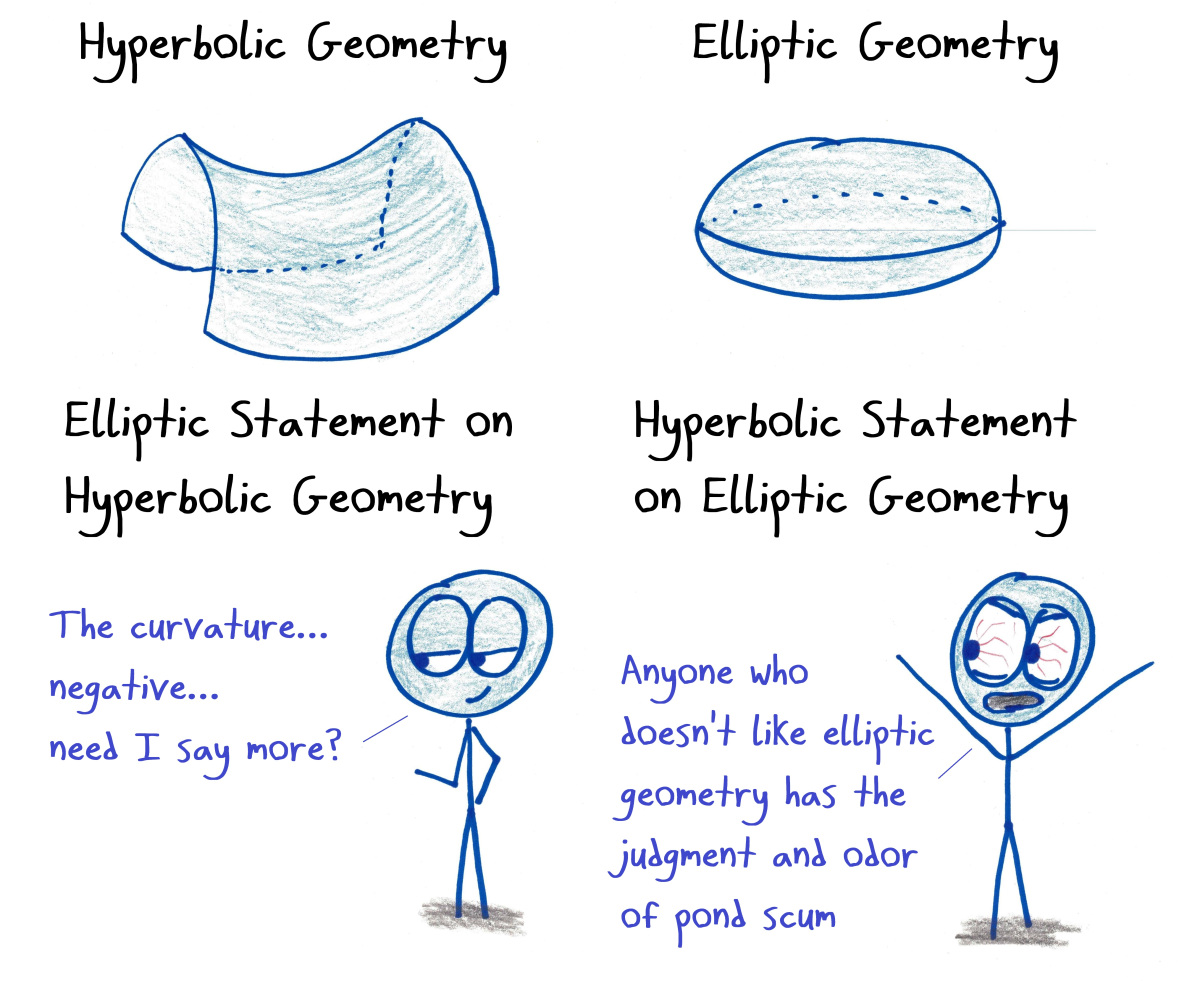 Jacobi elliptic functions allow to solve many physical problems. Today I will review briefly some features. Let me first highlight that the simple pendulum, Euler asymmetric top, the heavy top, the Duffing oscillator, the Seiffert spiral motion, and the Ginzburg-Landau theory of superconductivity are places where you can find Jacobi functions to arise.

Firstly, you can know there are three special Jacobi functions, named

. The addition formulae for these 3 functions resembles those from euclidean or hyperbolic geometry:

is the modulus fo the Jacobi elliptic function. To prove these addition theorems, we can take some hard paths. Let me define the derivatives:

and where the initial conditions

are often assumed. A more symmetric form of these equations can be deduced (exercise!):

you can derive the third form of the addition theorem for Jacobi elliptic functions:

Finally the fourth form of the addition theorem for these functions can be found from algebra, to yield:

Du Val showed long ago that these 4 forms can be derived from a language of five 4d vectors that are parallel to each other. The vectors are

in a compact matrix

This matrix has a very interesting symmetry

. You can also define the antisymmetric tensor

from any vector pair

. In fact, you can prove that the tensor

tensor is the Levi-Civita tensor, holds as identity between the matrix

, and the division in two couples the quartets of vectors.  It rocks!

How, a refresher of classical mechanics. The first order hamiltonian Mechanics reads

From these equations, you get the celebrated Hamilton equations

Also, it mimics classical newtonian mechanics if you allow

There is a relation between the lagrangian

and the hamiltonian function

where the generalized momentum is

There is also routhian mechanics, by Routh, where you have

degrees of freedom chosen to be 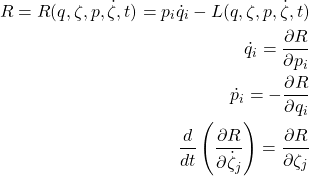 and where there are

as follows. For a single N=3 (triplets):

and for several triplets

. Sometimes it is written as

The analogue for N-n-plets can be easily derived:

The quantization of Nambu mechanics is a mystery, not to say what is its meaning or main applications. However, Nambu dynamics provides useful ways to solve some hard problems, turning them into superintegrable systems.